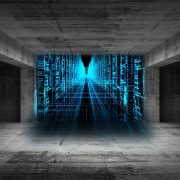 The UAE scored a coup in July when Amazon bought homegrown e-tailer Souq.com. But Bahrain pipped its Gulf neighbours to the post with news last week that it is to provide a home for the reams of data held by the e-commerce giant.

The data centres will be AWS’s first in the Middle East and are expected to boost the local economy by creating new jobs and facilitating public and private sector growth.

At a media event in Manama at which an estimated 1,500 delegates were in attendance, AWS said it intends to open three ‘availability zones’ in Bahrain by 2019. AWS has 44 such zones in various locations across the world and each houses at least one data centre.

AWS and its parent Amazon are notoriously private, with strict commercial confidentiality rules in place. Details including the exact number, size, cost and location of the planned centres are top secret. However, with AWS recording $16bn of revenues and 42 percent year-on-year growth in the second quarter of 2017, as well as one million active users of its cloud computing services, the company claims, it is not hard to see the enormous scale of this project.

AWS is understood to have acquired land to build the data centres direct from the Bahrain government, which has a strategy to make better use of rapidly advancing cloud computing technology to boost its economy. If companies can store data in a more secure, cost-effective way, they can better serve their customers and innovate for growth.

Khalid Al Rumaihi, CEO of Bahrain’s inward investment agency Bahrain Economic Development Board (EDB), explained: “AWS’s commitment to expanding its presence in the Middle East and North Africa (MENA) in Bahrain is a major enabler for technology and data-driven business across the GCC.

“The ability to store and share data at speeds the Gulf has never experienced before has the potential to help global corporates, SMEs, entrepreneurs and governments gain competitive advantage at a global level.”

Andy Jassy, AWS’ CEO, added: “As countries in the Middle East look to transform their economies for generations to come, technology will play a major role, and the cloud will be in the middle of that transformation.”

AWS launched in March 2006 with its ‘Simple Storage Service’ for clients. It expanded the business a few months later, enabling customers to rent computing capacity without having to operate their own servers. Since then, both start-ups and multinationals have built their businesses using Amazon’s data centres and back-end infrastructure services. As well as global players such as Adobe, GE, 3M, AOL, Airbnb and Netflix, AWS has worked with several Middle Eastern companies, including FlyDubai, Dubizzle, Fetchr, MBC Group and Careem, and aims to grow its regional client base in the years ahead.

Teresa Carlson, vice-president of worldwide public sector at AWS, told media in Bahrain that a typical data centre houses between 50,000 to 80,000 corporate servers. The three Bahrain availability zones would therefore house close to 300,000 servers at a conservative estimate.

She said demand for cloud data storage is rising every year, driven by the growth of e-commerce, and the region is no different. Middle East e-commerce is expected to double in value to $10bn by 2018 and those operators must find clever and cost-effective ways of storing and utilising the data they compile from their operations. “We don’t think of the cloud as a commodity, but as as something that helps you do what you need to do, better,” Carlson said.

As well as data centres, AWS has 78 global ‘Edge Network’ locations, which are facilities helping to speed up the transmission of data to and from different storage centres around the world. In Bahrain last week, AWS also announced that it would launch its first Edge Network facility in the Middle East, in the UAE in 2018.

However, Bahrain was selected to house the data centres “because of its central location within the Gulf”, according to Carlson. She said the region had represented a “hole” in AWS’s global data centre coverage and that the company had been seeking opportunities to set up in the Middle East for years. It already has offices in Bahrain and Dubai and is building a 100 megawatt (MW) solar plant in Bahrain, which is set to come online in 2019 to power a substantial portion of the company’s regional operations. In addition, AWS is recruiting for more than 50 jobs in the Gulf, sources say, with roles including solutions architects, partner/client managers and PR professionals.

“This is day one in the Middle East for us,” said Carlton. “We are only just scratching the surface of what we can do.”

For its part, Bahrain hopes AWS will be a new engine of economic growth at a time when the country’s economy – though more diversified than other Gulf states – has been lagging. Fitch Ratings in March forecast 2.4 percent GDP growth in 2017/18, compared to an estimated 3.4 percent growth last year. Bahrain’s fiscal deficit is expected to narrow only slightly to 12.3 percent of GDP this year from 13.6 percent in 2016, as oil prices remain below the country’s breakeven figure, Fitch said.

Bahrain’s government has already adopted cloud computing technology to cut some of its internal operating costs and streamline services. It claimed last week to have reduced costs by up to 90 percent within some departments, and by 30 percent across the board since last year’s budget. To facilitate and regulate widespread use of advanced technology in Bahrain, EDB’s Al Rumaihi said the government plans to publish dedicated legislation around data privacy and security before the end of the year.

He concluded: “Cloud services make a tremendous difference to companies. Information usually has to travel far and wide, but now the required infrastructure is here in the region –in Bahrain.”

Is it fake news? A new program aims to enhance media literacy among Canadian...