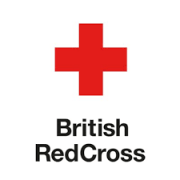 The British Red Cross has today provided a campaign brief to the Young Lions PR competitors at the Cannes Lions Festival of Creativity, with a focus on supporting and raising awareness of ‘silent emergencies’. A ‘silent emergency’ represents the 9 out of 10 serious emergencies happening every day that never make the headlines, and include major humanitarian disasters, floods, food shortages, etc.

The Young Lions PR competition, organised by the International Communications Consultancy Organisation (ICCO), seeks to discover and celebrate the leading young creative PR team in the world. Twenty two (22) teams of two are competing for the coveted title in Cannes after local competitions and elimination rounds, in their own country. These initial rounds of competition were set up by local Cannes Lions representatives.

The British Red Cross has provided competitors with the following campaign brief: ‘How do you put a Silent Emergency in the spotlight?’, and it is calling on teams to develop creative campaigns that will drive for support for the Red Cross’s continued efforts in the support of disasters, conflicts, and individual emergencies. The winning team’s campaign will then go on to inspire the next British Red Cross campaign.

Blair Metcalfe, Client Director, MSL, and Chairman of Young Lions PR Judges, said: “We briefed the teams this morning, and it is easy to tell by their insightful questions and keen enthusiasm that they are going to present some blistering ideas. Twenty two teams is a new record for the Young Lions PR competition here at Cannes, and there were even more qualifying teams who sadly couldn’t join us here today. With hundreds of teams being knocked-out before the 24-hour live challenge here, we really have the best of the best assembled from each participating country. I for one can’t wait to be inspired by their creativity at the judging on Monday.”

The competitors will have 24 hours to prepare their campaigns. By Sunday, 18th June, at 20:00, all presentations and materials must be submitted, before they are then presented to judges on Monday, 19th June. The winning team will be announced at the PR Lions ceremony on Monday evening.

The International Communications Consultancy Organisation (ICCO) is the voice of public relations consultancies around the world. The ICCO membership comprises national trade associations operating in 55 countries across the globe in Europe, Africa, Asia, the Middle East, the Americas and Australasia, as well as agencies and networks with an international agenda. Collectively, these associations represent over 2,500 PR firms.