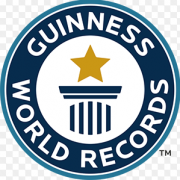 ICCO has partnered with Guinness World Records at the Cannes Lions International Festival of Creativity, who will enable an exciting challenge to break a world record at the House of PR.

ICCO will be hosting the House of PR at Cabana 11 on the Grand Palais Beach throughout the Cannes Lions International Festival of Creativity (17th – 24th June, 2017), which will feature a range of thought-provoking events focusing on PR’s role in the communications mix.

As one of the official partners of the House of PR, Guinness World Records will be hosting a world record attempt at the cabana on Tuesday between 15:00 and 16:00.

The record attempt will be the suitably brand-related ‘Most companies identified by their logo in 30 seconds’, and will be free to enter for anyone attending the Cannes Lions International Festival of Creativity.  The record currently stands at 42 and was set by Gavin Hudson at Marketing Week Live earlier this year.

In order to take part in the competition, ICCO and Guinness World Records will be hosting practice sessions at the House of PR throughout Sunday and Monday, and on Tuesday morning. A leaderboard of the top scorers will be developed over the course of the practice sessions, and the top five across the two days will then be invited back for the official Guinness World Records attempt on Tuesday.

Francis Ingham, ICCO Chief Executive and PRCA Director General, said: “We’re very excited to be partnering with Guinness World Records and to be hosting this world record competition at the House of PR.

“Brand recognition is what great communications is all about, and we’re going to find out just how well-known brands are. All are welcome to come along to the House of PR and have a go at breaking a world record.”

Sam Fay, SVP Global Brand Strategy at Guinness World Records, added: “We’re absolutely delighted to be partnering with ICCO and I cannot think of a more appropriate location to launch that partnership than at Cannes Lions.

The International Communications Consultancy Organisation (ICCO) is the voice of public relations consultancies around the world. The ICCO membership comprises national trade associations operating in 55 countries across the globe in Europe, Africa, Asia, the Middle East, the Americas and Australasia, as well as agencies and networks with an international agenda. Collectively, these associations represent over 2,500 PR firms.

GUINNESS WORLD RECORDS (GWR) is the global authority on record-breaking achievement. First published in 1955, the iconic annual Guinness World Records books have sold over 136 million copies in over 20 languages and in more than 100 countries. Additionally, the Guinness World Records: Gamer’s Edition, first published in 2007, has sold more than 4 million copies to date. Guinness World Records’ worldwide television programmes reach over 750 million viewers annually and more than one million people subscribe to the GWR YouTube channel, which enjoys more than 300 million views per year. The GWR website receives 18 million visitors annually, and we have over 12 million fans on Facebook. The Guinness World Records commercial sales division provides bespoke consultancy services for some of the world’s top brands and agencies to help place record breaking at the heart of their marketing campaigns, employee-engagement programmes, and live and experiential events.

ICCO teams up with OnePoll for World PR Report 2017