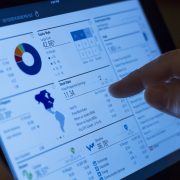 A total of 57 African fintech startups raised over US$92 million in funding between the beginning of 2015 and end of May 2017, with the amount of investment coming into the space expected to rise exponentially in the coming years.

That is according to the recent Finnovating for Africa report on the continent’s fintech startup space released by Disrupt Africa, which found almost 20 per cent of the 301 fintech startups it tracked had raised money in the last 29 months.

Part of what is attracting investors into this space is the mixture of huge potential returns and the great potential impact of rolling out alternative forms of financial solutions on a continent where the vast majority of people do not even have a bank account. At the heart of this opportunity is the ubiquitous mobile phone.

“We believe we have an incredible opportunity to take advantage of the explosion of smartphones and advanced feature phones permeating every market in the world,” Deng said. “Access to financial services can be such a catalytic force for economic empowerment and digital business models are emerging where financial services can be delivered for-profit and at low cost.”

With so many people unbanked in Africa, fintech investors feel they are getting in early in what will prove to be a wave of growth over the next few years. Deng says the problems fintech startups are addressing are fundamental and complex.

“African fintech startups are trying to provide mass market access to savings, credit, insurance, among other digital financial services. These are products that underpin livelihoods and are critical for the continued development of regional economies,” he said.

“Millions of small businesses across the continent need working capital to grow. We see firms that leverage  data and new analytics to better assess the creditworthiness of people who may not have a credit history,” she said.

The potential for impact investors, then, is huge. Disrupt Africa says startups from various sub-sectors of fintech are raising funding, with payments and lending startups the most popular. The likes of Nigeria’s Paga, South Africa’s Zoona and Kenya’s BitPesa raised significant rounds. Deng says fintech startups require large amounts of funding because of the size of the issues they are confronting.

“Africa’s fintech startups are often solving “chicken and egg” problems. They must educate consumers about new products while acquiring many as efficiently as possible,” he said. “They depend on the infrastructure of large incumbent institutions like banks and telecoms while offering products that are often competitive. Another example – and a clear challenge – is how to scale to a national or regional level while constantly under pressure to show profits early on.”

It is, therefore, extremely hard to reach scale. Deng believes, though investor interest in African fintech is growing, there is still a gap at the post-incubator or post-accelerator stage of funding. The lack of support is less about pure financial backing, however, but rather the need for more experienced, tech-oriented mentors to help entrepreneurs avoid mistakes.

This is a view shared by Parbhoo, who says Africa is witnessing a scramble for talent and capital to build fintech companies.

“Money is important for startups, but equally as important is access to advice on how to grow, to staff up, to deal with competition,” she said.

“There’s a gap for companies as they look to prove out their business models and receive the capital in order to scale. Companies of course need strong financial backing to succeed and many are unable to receive sufficient capital to sustain them through their proof of concept.”

Conversely, more support may be at hand from exactly the institutions fintech startups might be considered a threat to – banks. Many banks, notably Barclays and Standard Bank in South Africa, are starting to see the benefits of partnering with such startups, running accelerators and support initiatives. This is a mutually beneficial scenario.

“Established banks in Africa increasingly understand that innovation is core to their success. Some are creating innovation hubs, while others seek to acquire or partner with startups. We view partnerships with banks as critical to scaling innovation. Banks definitely have a role to play,” she said.