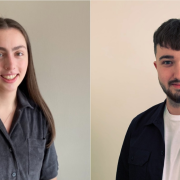 Boldspace’s Sophie Webster and Elliot Payne are the UK’s finalist duo in the 5 day long, ICCO Next-Gen PR World Cup finals. As the competition period comes to a close today, October 18th, we are taking some time out to highlight these talented young PR professionals 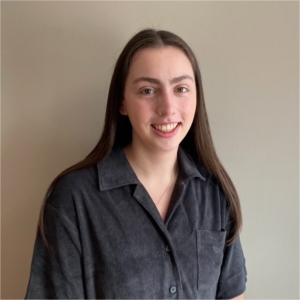 from around the world for making it to this stage.

Over the last 5 days, all teams have worked to create and film a video pitch of an original campaign for a brief set by think tank, the International SOS Foundation. As of today, an international team of judges will score each pitch. Winners will be announced on October 21st. But for now, we’re getting to know a little bit more about Sophie and Elliot in this joint round of Q&A.

Sophie & Elliot: Our favourite campaign we’ve most recently worked on at Boldspace is for Fridays called Celebrate the Game. We really enjoyed this as it challenged the stigma surrounding women’s football in an engaging way, by taking hate from behind a screen, and turning it into respect on the pitch. It really said a lot about attitudes to women’s football, attitudes which we want to change.

Sophie & Elliot: For us, being creative means not only seeing a problem from one angle but flipping it around and looking at it from every point possible. It’s about letting your mind wander but knowing when it’s time to start heading back.

Sophie & Elliot: We are both massive fans of Aldi’s Twitter account. They are pros at reacting creatively and show how a brand’s voice can be fun and engaging – even if it’s just where you go for your weekly shop.