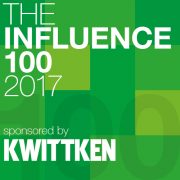 The Holmes Report’s Influence 100 recognizes the most important and influential in-house communicators from around the world.

Corporate communications executives are facing more complexity than ever. Not only do major corporations face more intense public and media scrutiny, senior PR executives are expected to deliver more than ever — more strategy, more content, more channels , more creativity and more measurement. Meanwhile, smart CEOs have come to realize a trusted communications advisor is integral to their success — and their organization’s — success. In a 26-year career with Emirates, Boutros Boutros has played a key role in building the company’s global brand, with a broad remits that includes all marketing and communications activities—advertising, sponsorships, events, promotions, merchandising, public relations, internal communications, internet communications, and passenger communications—across the globe for the 40-plus businesses under the Emirates group umbrella. Overseeing a team of more than 150 professionals and more than 100 global agencies, he is one of the most influential and high-profile corporate communicators in the Middle East.

Boutros joined Emirates in 1991 as media relations manager for the Middle East, but his responsibilities soon expanded to include Europe and North America, and in 1996 he was made manager group media relations, overseeing all aspects of PR for Emirates Airline and later senior vice president, media relations, sponsorships and events. He was promoted to his current position in 2009. Boutros has over two decades of experience in journalism, public relations and marketing.

Prior to joining Emirates, he was the London-based business editor of leading pan-Arab daily newspaper Sawt Al Kuwait, and was managing editor for Al Hawadeth. When it comes to the development of public relations in the Middle East, few have played a leadership role greater than that of Brian Lott. As chief communications officer of Mubadala Investment Company—the sovereign-owned business development giant and one of the region’s most sophisticated users of PR — Lott oversees a mandate that is as broad as it is deep. Responsible for stewardship of the brand and management of the group’s corporate communications requirements, Lott has also focused on recruiting and developing local public relations talent to manage the reputations of the company and its various portfolio units.

And beyond Mubadala, Lott has served as chair of the Middle East Public Relations Association—from 2015 until January of this year, helping define the organization’s mission and vision and spearheading its contribution to professional development in the region—and as a member of Zayed University’s International Advisory Board.

Lott began his career in Washington DC, where he served as chief of staff, spokesman and campaign manager for two members of Congress. He is a published author and former journalist. Before joining Mubadala, Lott worked at global public relations firm Burson-Marsteller for ten years.

Can you share a moment in your career that you recognized PR’s direct impact on business performance?
Mubadala’s strong reputation which enables it to attract the world’s best companies as its business partners, made evident by its recent merger with a fellow industry giant.

How do you handle the unexpected?
With the realization that life is more often unpredictable than we would like to believe

How do you relax?
Travel

Book/movie/TV show/podcast that teaches a valuable lesson about PR?
The Man Who Shot Liberty Valance

If I wasn’t working in marketing/communications, I would be…
running an Opera House. Nasser Al Nafisee serves as VP of corporate affairs for Saudi Aramco, the oil giant that is often viewed as the world’s largest private company. And Al Nafisee’s role is set to become increasingly pivotal, given the Saudi national oil giant’s plans to Saudi Arabia’s national oil giant hopes to list around 5% of the company next year, in an IPO that could raise as much as $100 billion. These plans are likely to bring Aramco numerous communications challenges, but are seen as a critical part of deputy crown prince Mohammed bin Salman’s efforts to revamp Saudi Arabia’s economy and reduce its dependency on oil.