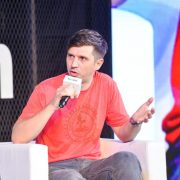 The heating up of the Asian start-up scene has given tech journalists a feast of stories, scandals and gossip over recent years. From the unstoppable growth in smartphone usership, the dramatic increase in venture capitalist funding – South East Asia alone attracted US$2.6 billion last year – and the increasing number of incubators, it is a fascinating period to be a journalist watching it unfold.

But are the start-ups themselves actually engaging with the media effectively? We asked three people – a tech journalist, an entrepreneur and a public relations executive – how well they felt those on the Asian tech scene were promoting themselves in the media. Is it all just jargon-filled press releases and fragile egos unwilling to be candid with journalists?

“There are some founders who want us to write about them to fulfil some kind of life-long dream.”

“Whether, and how, to do PR is definitely a difficult decision for early-stage founders. My personal belief is that an in-house person who works directly with media is the best first step, rather than contracting an agency which juggles multiple clients and doesn’t have the same insight into the business. That’s reflected in some of the best relationships I have with early-stage companies. Agencies are so often transactional in their approach to media, but an in-house rep can build a lasting relationship that isn’t just about securing coverage for a news story.

“Just like Europe or the United States, there are some founders who don’t fully understand the value of media or want us to write about them to fulfil some kind of life-long dream. PR and media relations are the same as any other process. You take time out of your busy schedule to talk to someone with the ultimate goal of developing your business with the result. A founder wouldn’t waste hours working on sales or partnerships with no end benefit, so the best PR is focused on a specific result and not simply massaging a founder’s ego or securing a story to boost numbers in a slide deck. Added to that, companies and agencies alike could sometimes do well to remove their own blinkers, read our website and judge whether the news they are pitching fits with what we actually write about before trying to convince us that it is.

“I have experienced some incidents where a company, usually a CEO, interprets our straight-up reporting of a crisis, our indifference to PR spin or news leaked from sources, as a sign that we are out to get them or that things are personal. But that doesn’t happen often and most of the time it only validates the fact that we touched a nerve by reporting the actual truth.”

“If you’re a founder, everything about your company is newsworthy – but that doesn’t mean it is to the press.”

“Start-ups in Asia are generally doing very well at marketing themselves to the public, but it’s the press who are having to become more discriminate in their coverage. With a larger than ever number of entrepreneurs creating startups, of which many will fail, the media has had to respond by being more picky about the stories they choose to tell. As a result, many founders find their requests to be featured in the press going unanswered. They can’t understand why – especially since they’ve poured their heart into creating what they think is the ‘next big thing’. But often what a founder thinks is newsworthy, isn’t newsworthy to journalists. Journalists have heard the same story before and they’ve seen similar businesses fail.

“While most startup founders are savvy enough to appreciate the value of PR (that’s why every website has an ‘As Seen In The Press’ section), their options are limited because of the affordability of external agencies.

“Startups need to improve in producing engaging material for publications. Let’s be frank: if you’re a founder, everything about your company is newsworthy – but that doesn’t mean it is to the press. You’ve probably heard this before, or you may have felt it when no journalists responded to your email.

“We’ve worked with dozens of founders who think their newest pre-launched product is going to sweep the media, or that their entrepreneurial journey is the most newsworthy thing about their entire company. Sure, sometimes it is, but those are rare exceptions and definitely not the norm.

“So aside from your founder, head of marketing, and head of product, ask: why would someone else care? Your pre-launched product is definitely not the most newsworthy thing about your company. If you have someone in your team with the background to tell you that, then you’ve saved yourself at least S$5,000 month. If you don’t have that expertise in-house, the DIY PR strategy is probably not your best bet.”

“Start-up leaders underestimate the value of PR and then over estimate their capability in ‘managing’ the journalist relationship.”

“If you look back the last 24 months, you might notice that every three to six months there is a new ‘fad’ in the start-up space; big data, fintech, share economy…etc

“Start-ups as businesses looking for funding, are trying to grab attention of venture capitalists. Their primary audience in the early stages is to get funding based on their business plan or prototype, at this stage it’s too early to address the public via mainstream general media. Sadly, this is where things go wrong; founders think all publicity is good publicity and blast out their messages to every media contact (spray and pray!) without considering the dynamics of the audience and customising the messaging for them.

“There is also strong element of self-promotion. Everyday there are clickbait stories on how someone somewhere became a millionaire overnight because of an idea. Fame and standing out from the crowd makes them say exaggerated cool sounding statements which in reality means nothing. Sadly, this is a very short-sighted strategy and will cause long term credibility damage.

‘What I have noticed is that start-up leaders underestimate the value of PR and then over estimate their capability in ‘managing’ the journalist relationship. I was told by one founder that he doesn’t need PR help because most journalists are his friends. His idea of ‘managing’ the media was to invite them to happy hour drinks frequently and telling them about how well his start-up is doing. He soon realised his journalist ‘friends’ are bored of his self-promotion and happy hour stopped being happy long time ago.

“What is lacking is understanding and respect for journalism. Most start-ups are businesses based on tech and mostly online – and it is a particularly sensitive scenario because journalism is still experimenting to find a viable model online. Lines are blurred when media is willing to publish or promote ‘sponsored content’ and is more dependent on advertising because not enough readers willing to pay for content.”

“There are a lot of start-ups who are doing their PR themselves, mostly in the early stages. But I don’t think there are any successful start-ups in Singapore who have not used an external PR agency. They need to make efficient use of their cash; hiring someone just to do PR or the founders trying to do it themselves will not be the best use of their time and resources.”

Eleanor Dickinson is editor of Mumbrella Asia. Eleanor joined the Asia platform from Dubai, where she acted as senior reporter for Campaign Middle East.

The Holmes Report’s Influence 100: profiles from the Middle East

CEO Activism in 2017: High Noon in the C-Suite
Scroll to top