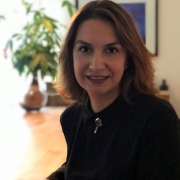 We are living in an era where Turks that burn dollars and smash their iPhones are joined by Americans destroying their Nike socks and shoes. Back in the days we had witnessed those who burned their Italian shoes and cars that are perhaps bought with long-term loans and many financial difficulties. History really does repeat itself. I am sure there is a term for this kind of behavior in psychology, but since our interest lies in “brand reputation”, we will turn our attention to this aspect of the issue.

Why do Americans today burn their Nike socks and shoes? Because there is a brand-new movement happening called #JustBurnIt.

As you can easily imagine, they are protesting Nike with a play on the brand’s legendary slogan Just Do It. But who are they? They are the people who criticize Colin Kaepernick, one of the faces of Nike’s 30th anniversary ad campaign. And who is Colin Kaepernick? He is the former San Francisco 49ers quarterback. Apart from being named as a runner up on TIME’s Person of the Year 2017 and receiving many awards such as the Muhammad Ali Legacy Award, he is currently facing backlash by a considerable part of the American population, including President Donald Trump himself.

But what is it about Kaepernick that sharply divided US opinion between resentment and admiration? Kaepernick has started a movement by refusing to stand for the national anthem before games in 2016 with the aim to draw attention to the “Black Lives Matter” movement, launched to protest police brutality and discrimination against black people. And he did. Many people applauded his courage, and other players have also joined the protest. Awards and honors that I briefly mentioned above came thereafter.

At this point, Nike took the step that now makes us all wonder if it is a moment of truth or dare. Colin Kaepernick is among the names that are being featured on Nike’s 30th anniversary ad campaign, along with Serena Williams, Odell Beckham Jr. and Shaquem Griffin. With a reference to his civil disobedience, Kaepernick’s ad reads: “Believe in something. Even if it means sacrificing everything”.

Kaepernick is not Nike’s first “controversial” choice. The brand previously used Lance Armstrong in its advertising despite his doping incident, Maria Sharapova after she failed a drug test, and Tiger Woods during his numerous, very public scandals. Of course, Colin Kaepernick debate is a bit different, as this time, the issue is also highly political.

As I mentioned in the beginning, #JustBurnIt has started. It has been reported that in just two days, Nike’s shares dropped 3 percent, though they are now on the rise again. In the meantime, Nike made its first official statement: “We believe Colin is one of the most inspirational athletes of this generation, who has leveraged the power of sport to help move the world forward,” Gino Fisanotti, Nike’s vice president of brand for North America.

Is it “dare” to launch such a campaign, take the risk of losing money and stand by your decision despite recognizing your customers are sharply divided? Or, knowing that the brand is particularly strong among African-Americans, is it the “truth” of a well calculated market research? The process has just begun. We will all wait and see what the next steps will be. Who is going to win? Colin Kaepernick saying “Black Lives Matter” by rekindling an old protest, or Nike taking a stance on a very sensitive, political issue?