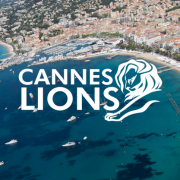 Expert tips and analysis for those contemplating the Lions in 2019

On Wednesday, 12th September, ICCO hosted #CannesUncovered at WE Communications offices in Covent Garden, London. The event encompassed analysis and observations of Cannes Lions 2018 from a variety of perspectives, as well as bold predictions and practical advice for those looking ahead to 2019.

“If you’re looking for inspiration, look no further than Trash Isles”, says Cannes Lions judge Candace Kuss, Social Media Director, H+K Strategies. The campaign went beyond traditional methods, they formed a country recognised by the United Nations! That’s something completely unprecedented in PR and it influenced political debate globally. Brands’ close affinity with politics and purpose was an inescapable trend throughout the festival’s awards and plenaries.

So much so, Ruth Allchurch, UK Managing Director, WE Communications, challenged the nature of the festival itself, asking if it should be “discourse first, awards second”? Could Cannes become the Davos of the PR industry? The conversations, speeches, and debate have moved the festival in this direction to become a forum for discussion on strategic communication, reputation management, and business topics that stretch beyond the fantastic creativity. Could the thrust of the festival be altered to reflect this push for purpose?

Samantha Fay, Senior Vice President, Global Brand Strategy, Guinness World Records, observed that from a brand perspective, the word of the week was “disruption”. Across the fringe festival, you’d be forgiven for thinking you were at a tech show: with huge beaches hosted by Google, Facebook, Twitter, YouTube, and others. Beyond this, management consultancy was there in a big way, including IBM and Accenture with a particularly large presence. Having visited the festival for the past seven years, Sam observes that it is growing up, there are less yachts and more serious conversations about global politics, concluding this direction of travel will continue is years to come.

Dee O’Connell, Director of Insight, FlieshmanHillard, provided some advice for anyone planning to make their Lions debut in 2019. Expect the FOMO, there is so much happening across the festival that you will inevitably feel you have missed out on something big – whether it be a huge moment, event, speech, piece of work, or something massive that everyone seems to be talking about. It’s important for individuals and teams to plan ahead – plan your time realistically and effectively knowing that you can’t do everything. She continued that whilst there is so much great PR work, not enough agencies were entering and with a bit more courage, confidence, and planning, 2019 could be a chance for PR agencies to reclaim territory in space being eaten up by other industries.  A final tip – avoid PowerPoint at all costs, the best sessions were discussions, games, demonstrations, and audience interactions.

Fiorenza Plinio, Head of Creative Excellence, Cannes Lions, picked out the three main themes of Cannes 2018 as ‘Politics’, ‘Experience’, and ‘Human’, reflecting both the analysis of the other panellists and the wider industry magnetism towards politics. As Ruth Allchurch put it, a “human first, tech last” approach, and Angela Ahrendts, former CEO of Burberry, and now head of the Apple’s retail activities, said in her session: “Apple is in the ‘humanity business’. “

ICCO hosts the House of PR at Cannes Lions every year – a hub for the PR industry throughout the festival, hosting networking events, seminars, and interviews, helping PR agencies maximise their time spent at the festival. If you’re interested in either dropping in, hosting an event, or just generally picking up some advice for 2019, contact ICCO General Manager Rob Morbin rob.morbin@iccopr.com.

Journalism and fake-news, our role as educators

Truth or dare?
Scroll to top