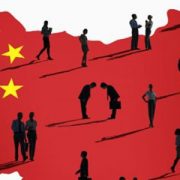 You’re meeting with a potential Chinese business partner. It’s a big opportunity for you and your organisation, and you want to knock things out of the park. You aren’t going to learn to speak Chinese overnight but these pointers will help you hit the right notes in your meeting with Chinese people.

The Importance of ‘Face’

In every conversation with a Chinese counterpart, you should always think about “mian zi”, or ‘face’. This refers to a person’s dignity, honour and status and it’s not to be taken lightly. Where you might make jokes at their own expense or others to break the ice and make a connection, this is a big no-no. You run the risk of causing offence and causing someone to lose ‘face’. Keep your jokes to yourself and the conversation polite and on track; don’t worry, you were probably not as funny as you think.

What better way to surprise your Chinese business counterparts by greeting them with their own language. A greeting you can rely on is “ni hao ma?” (“how are you?”). Another phrase to remember is “xie xie” (“thank you”) which will come in handy and respect your host’s ‘face’.

One way to quickly win someone over is by appealing to their face-loving character and refer to them by their job title. You might also take a different approach and instead use “gor” which translates to big brother or “jie” which translates to big sister, to acknowledge their seniority and indicate your respect for them e.g. “Edwina Jie” or “Mark Gor”.

Yes, No, Maybe So

There’s sure to be some back and forth in any meeting where you’re going to have to do a little bargaining or debating. You might try and impress your Chinese counterparts by saying “hao” to signal agreement or “bu hao” to signal disagreement. It might not seem much but this small act can go a long way to winning respect.

Like most people in the world, the Chinese love to seal a deal or signalling a close relationship through a toast. In these cases, always let your host make the first toast and remember to say “gan bei”, which roughly translates to “bottoms up”. This indicates gratitude of your host’s hospitality and pride to be their guest, as well as acknowledgement of their ‘face’. A word of warning though, you’re likely to be toasting baiju, a white liquor which is 40-60 percent proof; don’t let the small glass fool you, it packs a punch!

Insights into marketing in Rwanda
Scroll to top