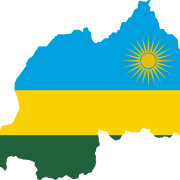 To get the best insights on a market such as Rwanda’s, it’s best to ask those who know it best – like Impact Africa Limited, a 17-year-old agency based in Kigali. From public relations and advertising to market research and media planning, it covers a wide spectrum.

What scale and pace of change in the industry have you witnessed since iAfrica was incorporated in 2005? Word is the Rwandan economy is doing very well these days.

The Rwandan economy is doing pretty well, with the annual economic GDP growth averaging 7% in 2015.

The advertising industry has also made tremendous strides since 2005. There are more players in the market due to the growth in the economy and technology has also improved. For example, in the early years, we used to do most of our large format printing in Kenya or Uganda due to the high cost of printing in Rwanda and quality issues. Now, this has changed. One can do quality production and printing in Rwanda at competitive rates.

When we started out, there were very few multinational advertising agencies. Currently, there are a number of big international and regional players who have set up in Rwanda to serve their clients’ needs. This has been necessitated by the entry of more multinationals into Rwanda and the fact that it is now part of the wider East African Community market.

In the digital space in particular, how would you describe its size and growth rate relative to other markets?

Rwanda has made great strides in digital terms. The government has placed an emphasis on making Rwanda the regional digital hub. Investment in the sector has led to its rapid growth as compared to, let’s say, Uganda. Getting free Wi-Fi in buses and designated areas in major cities is common. Rwanda also plays host to a number of digital and ICT conferences like the annual Transform Africa Summit, which is a pointer to how much the government is committed to the development of the sector.

Rwanda is also known for having the cheapest cost of data in the region, making it easier for the population, especially the youth, to access data, news, and stay in touch through Facebook, WhatsApp, Instagram etc.

Telcos and banks have also partnered to make digital finance a reality and bring Rwanda closer to achieve the government’s dream of being a cashless economy. Drones are being used to deliver medicine to once inaccessible areas and much more.

What media channels (ie. mobile, print, outdoor) enjoy the greatest reach with Rwandan consumers? Has this been changing?

Radio definitely has the greatest reach. This has not changed much in the last few years. It’s followed by OOH media, TV, and digital. Print does not have such a wide read compared to the other media.

A point to note is that Rwanda is a unique market when it comes to advertising. In most markets, a client may adopt a universal approach to a specific campaign. In Rwanda, we advise that the campaign has to be tailor made. For one, the majority of the population (over 90%) speaks Kinyarwanda, hence it’s key that the campaign is adopted to Kinyarwanda. Kinyarwanda is followed by English then French.

How do you generally conduct market research, and is there a growing amount of consumer data available to draw from? What challenges do you face?

We do conduct and have conducted market research for various clients across the years. Depending on the requirements, location, and sample size, we use our in-house team and outsource the interviewers.

In Rwanda, we have a challenge in terms of consumer data, as this is not readily available. The last media consumption research was done by IPSOS in 2014/15. Most media houses also challenged the report but it gave a fair indication of the market. The main challenge in doing consumer research in Rwanda is the cost and the media houses have been reluctant to chip in. Geopoll does monthly media consumption reports, but the cost of getting these is also high for most media houses.

Another challenge we face in Rwanda is media monitoring. The only company that was doing this – IPSOS, closed its doors in early 2016 and we have to rely on station logs as proof of flight.

Some say measures need to be taken to establish a representative body in Rwanda that can bring advertising agencies together to foster a self-regulating and accountable industry? Would you agree that such an organisation or chamber is needed?

In my opinion, the claim is true and yes, we do need to come together as an industry and form an organisation of advertising practitioners. This will not only weed out rogue agencies but also bring some form of discipline into the sector. I am hoping that by the end of 2017, we will be able to get this done.

In broad terms, how would you describe the recipe for success employed by iAfrica?

I believe that as iAfrica, we have been able to meet and exceed our clients’ expectations. We go that extra mile to deliver on our promises and what the client expects. Our understanding of the regional market has also played a key role as we are able to adopt a number of ideas and localise them to fit the local market.

Chinese Networking: How to Talk the Talk in China