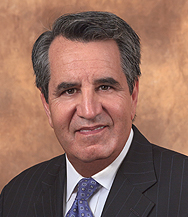 Unfortunately, the unauthorized use of a celebrity’s name and image has become a deceptive marketing practice frequently used by dishonest online marketers. This type of promotion typically claims (falsely) that a public figure has used or endorsed what is billed as the latest miracle weight-loss supplement or wrinkle-reducing cosmetic. Going after these bad actors to protect one’s right of publicity and intellectual property rights can be a challenge. It also tends to be difficult to identify the responsible parties, and even if they can be found, they may be either a small operation that appears not worth pursuing or an enterprise outside of the reach of U.S. laws. A recent action by the Federal Trade Commission, however, serves as a reminder that those who peddle in false online endorsements may be part of a larger network that can be identified and stopped.

In December, the FTC announced that it had reached an agreement to settle charges against a network of internet marketers who for years had sold its alleged weight loss, muscle-building and wrinkle-reducing products to consumers using false and deceptive marketing and billing practices. These practices included the use of fake magazine and news articles and phony celebrity endorsements. The settlement is notable not only for the substantial financial award achieved by the FTC, but also for the breadth of the marketing network involved. Celebrities and public figures seeking to combat the unauthorized use of their names or images in internet marketing campaigns should take comfort from the FTC’s settlement. Through skilled investigatory work, it is possible to identify the parties responsible for such misconduct and put a stop to their deceptive schemes.

According to the FTC’s complaint, three individuals used a complex network of 19 corporate entities to market and sell purported weight-loss, muscle-building, and wrinkle-reducing products. The defendants allegedly marketed and sold their products “through an interrelated network of companies” that were under common control and ownership, and shared officers, managers, employees, call centers, recordkeeping systems, commingled funds, and sales practices. The FTC alleged that the three individual defendants controlled each of the corporate defendants, some of which they owned themselves, and others which were owned by family, friends, employees, and unpaid interns.

The defendants marketed and sold their products on their own websites and on those operated by “affiliate marketers,” which are independent marketers hired through third parties known as “affiliate networks.” The defendants paid a fee to the affiliate network every time a consumer bought one of the defendants’ products after visiting a site hosted by an affiliate marketer in the network. The FTC alleged that in 2015 alone, those fees amounted to more than $19 million.

The FTC’s complaint describes a variety of deceptive marketing and billing practices that were used by the defendants. Most notably, the FTC alleged that the defendants — and the affiliate marketers working on their behalf — hosted “websites designed to look like legitimate and independent news reports or magazine articles about one of defendants’ products.” The fake media sites used domain names and mastheads that falsely appeared to be from legitimate news, magazine, or health websites and engaged in numerous deceptive practices. These practices included falsely claiming that celebrities such as Kim Kardashian, Jennifer Aniston, Will Ferrell, and others had used or endorsed the products.

The FTC also alleged that the defendants failed to properly disclose the terms of sale, including that their “risk-free” trial offers would in fact lead to negative option renewal programs unless cancelled within a short amount of time. In addition, the FTC alleged that the defendants attempted to conceal their misconduct from regulators, banks and payment processors by creating “alternate ‘cleaner’ versions” of websites that had more prominent disclosures than the “landing page” websites that consumers would typically see.

The defendants agreed to settle the FTC’s charges in a stipulated order entered in federal court in California. That court order includes a staggering monetary component of $179 million, which is how much the FTC alleged consumers had paid to the defendants over a period of more than five years. The court, however, suspended that judgment upon the defendants’ payment of approximately $6.4 million to the FTC, paid directly and by relinquishing title to assets held by dozens of payment processors and other financial services companies. The court order also imposes extensive injunctive relief, including prohibitions on certain negative option sales and other sales practices.       Of particular note, the order prohibits further deceptive marketing through the use of fake media sites, false endorsements and other
phony testimonials and claims, and requires the defendants to more strictly monitor the marketing materials of affiliate marketers to ensure their compliance with the order.

The FTC’s settlement with the defendants allegedly engaged in these deceptive marketing practices serves as a reminder that the
parties responsible for online marketing using public figures’ names and images without authorization can be identified and stopped.
Those parties may include the operators of large marketing networks. In other words, the FTC did not just find the parties responsible for
the unlawful marketing practices; it also found parties within the U.S. with assets significant enough to disgorge millions of dollars in
deceptively-acquired profits. PR firms should also be mindful about who they accept as clients. There is unlikely to be any indemnification in a client agreement that will extend to this type of serious and substantial economic and reputational loss.