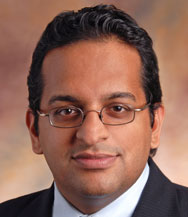 The Federal Communications Commission (FCC) has proposed to fine Sinclair Broadcast Group, Inc. (Sinclair) $13,376,200 because it apparently failed to make required disclosures regarding paid-for broadcast programming. The proposed fine is the largest ever under the FCC’s sponsorship identification rules and is part of the growing trend by regulators taking serious action to ensure that relevant material information is disclosed to consumers in an appropriate manner.

Background
Under the Communications Act of 1934 and FCC rules, a broadcaster airing a paid program must include an announcement stating that the program has been paid to air and identifying the program sponsor.

In particular, when programming is sponsored, Section 317 of the Communications Act and Section 73.1212(a) of the FCC’s rules require the broadcaster to announce to viewers at the time the program is aired that the broadcaster has been paid to air the programming and the identification of the sponsor. For most programming, this takes the form of a disclosure at the end of the show, such as “Promotional consideration paid for by [SPONSOR/BRAND].”

Moreover, pursuant to Section 507(c) of the Communications Act, whenever valuable consideration for the inclusion of material in a broadcast is given to or received by an entity other than the station licensee, disclosure of that fact must be made to the station licensee.

The FCC’s Investigation
In April 2016, the FCC received an anonymous complaint alleging that Sinclair had aired “compensated stories as news content” about Huntsman Cancer Institute (HCI) on behalf of the Huntsman Cancer Foundation (HCF) but had not disclosed that HCF had paid for those stories to air.

The FCC’s Enforcement Bureau investigated and determined that Sinclair and HCF had entered into an agreement to promote HCF and HCI through programming broadcast on Sinclair stations and on stations to which Sinclair provided programming under various agreements. As explained by the FCC, the agreement between Sinclair and HCF provided for a multi-market campaign including 60-90 second sponsored stories about HCI made to look like independently generated news stories and 30-minute paid programs about HCI. KUTV, Sinclair’s station in Salt Lake City, Utah, produced the stories and programs and transmitted them to other stations for broadcast.

The FCC’s Findings
The FCC found that Sinclair apparently willfully and repeatedly violated Section 317 of the Communications Act and Section 73.1212 of the FCC’s rules by broadcasting 1,366 on-air stories and long-form programs about HCI on 64 of its stations without an announcement disclosing that the programming was sponsored. The FCC also determined that 71 long-form programs were aired with deficient announcements – that is, with announcements that identified the programming as paid but that failed to clearly identify the sponsor of the paid program.

Next, the FCC decided that Sinclair apparently violated Section 507 of the Communications Act by failing to notify licensees of non-Sinclair stations to which it provided programming that HCF had paid to air its programming. In particular, according to the FCC, in 278 instances, these stations apparently aired no sponsorship identification announcements for the HCI paid programming, and these stations aired deficient sponsorship identification announcements that did not clearly provide the name of the program sponsor eight times.

The Proposed Forfeiture
The FCC’s rules set a base forfeiture of $4,000 for violations of the FCC’s sponsorship identification rules for each violation or each day of a continuing violation. The FCC decided to apply the $4,000 base forfeiture to each of Sinclair’s apparent 1,723 violations, for an aggregate base forfeiture amount of $6,892,000.

It then concluded that, given the “totality of the circumstances,” a “significant upward adjustment” was warranted, and it proposed a total forfeiture of $13,376,200.

Next Steps
The proposed fine is the largest ever under the FCC’s sponsorship identification rules – more than three times greater than the next largest fine. Despite that, it is worth noting, two commissioners would have made the fine even larger – to over $82 million.

Sinclair can respond to the FCC’s notice or pay the proposed fine. The FCC will review any written response and additional evidence it receives before determining the next steps. A forfeiture order actually imposing a fine or any settlement would require another FCC vote.