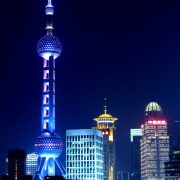 China, a record-holding country: They constructed the longest bridge in the world and they also hold the record for having the most citizens living in one country with the same surname.  Chinese journalists use mobile websites for their research and social media as a form of communication with the PR-Pros more than any other country. TREIBSTOFF (blog site of news aktuell, a subsidiary of German Press Agency to distribute press releases) spoke with Lynn Liu, Director of Audience Development and Distribution Services at PR Newswire Asia. He explains which changes need to be considered in the Chinese media landscape by the PR-Pros when wanting to spread their content successfully in the People’s Republic.

TREIBSTOFF: Could you give us a sense of the media landscape in China?

LIU: In China the most commonly used channels to access information are search engines, web portals, social apps like WeChat, Weibo and mobile news applications. Baidu.com is a Chinese search engine that has the greatest market share where Google is absent, while WeChat and QQ.COM (both of which developed by Tencent), Sina.com, Sina Weibo and Toutiao.com are the major web portals and social media platforms.

There are over 1,900 kinds of newspapers in China, most of which are local, government-sponsored publications. Due to the rapid development of the mobile internet, traditional media like newspapers and magazines are declining rapidly. Television and broadcasting still have a major influence in China, but people tend to only use them to watch entertainment programs, films and TV shows.

One of the biggest media-related differences between China and Western countries is that Chinese media institutions need press licenses and journalists are required to be equipped with press cards. Most commercial web portals like QQ.com or Sina.com.cn can only repost news from official news sources, such as the Xinhua News Agency, people.com.cn or newspapers and magazines owned by officials. They cannot release and post original social news and political news articles.

TREIBSTOFF: What are the challenges and opportunities?

LIU: Personally, I think both the biggest challenges and the greatest opportunities come from SOCIAL and MOBILE. The proliferation of digital and social media is rapidly changing the landscape of newsrooms. Although the publishing channels and advertising revenue of print media are declining sharply, the newspaper’s newsrooms still maintain a strong competence in original content. As a matter of fact, the influence of traditional media has shifted to online and mobile channels, as well as social media platforms.

How to acquire more audiences from social platforms and mobile channels is the biggest challenge faced by the media groups, but it is also the greatest chance of survival for them in the future.

TREIBSTOFF: How about mobile communication, what are the main differences in comparison to western countries?

LIU: As far as I’m concerned, the mobile internet is far more developed in China than in the U.S. and Europe. In big cities like Beijing and Shanghai, you can hardly see any newsstands in the streets and no one reads newspapers in the bus or subway anymore; people just keep checking their phones. The truth is, China has 1.12 billion mobile internet users, more than the overall population of Europe. 90% of Chinese people use their phones to surf the internet, read news, have social activities, play games, do online shopping and pay for practically everything using their Alipay or WeChat Wallet. This is very cool and really useful.

Social media are the most important news sources and communication tools for people. For the U.S, these are Facebook and Twitter and for China they are QQ, WeChat, Weibo and other mobile news applications. For most news websites, over half of their traffic comes from mobile devices, which is the same as the U.S.

TREIBSTOFF: Which implications does the rise of mobile communication have for PR-Pros in China?

LIU: According to the survey conducted by PR Newswire on journalists, 31% of Chinese journalists receive over 6 pitches everyday from PR-Pros. Instant messengers are highly used by Chinese journalists at work. 37.4% of journalists prefer to use QQ and WeChat to communicate with PR-Pros; 27.1% prefer phone calls and 21.2% prefer E-mails. The influence of online communication tools is becoming increasingly fundamental to the media relations of enterprises.

Tencent and Alibaba, the two major internet tycoons who strongly influence the mobile internet development in China, have contributed quite a lot to the convenience of online communication.

TREIBSTOFF: In terms of social media: Which channels are primary used in China?

LIU: As mentioned before, WeChat and Weibo are the two leading social media platforms in China. WeChat has 938 million monthly active users, far beyond any IM tool, and is also the most influential social network and news information portal of China. Sina Weibo has over 34 million users and its affiliation with the media is more obvious. In addition, there are also mobile news applications such as Topbuzz, Zaker, Tencent and Sina, Sohu and NetEase serving as major sources for news and information. Beyond that, video and online entertainment applications in China are quite developed, with most internet users spending their time with social exchanges, news consumption, online gaming and on watching video content.

TREIBSTOFF: How do companies and PR Agencies use the mentioned tools for their communications?

According to a PR Newswire’s survey on Chinese journalists (report in Simplified Chinese), 50.8% of them consider that social media platforms like Weibo are the most commonly used channels to acquire information. Journalists’ primary aim for using social media like Weibo and WeChat is to keep a watchful eye on breaking news (68.8%); the secondary aim is to follow the information released by the objects they’ve been keeping an eye on (54.6%).

TREIBSTOFF: Is China different from other Asian countries in this regard?

LIU: Asia-Pacific accounts for slightly over 52% of the global social media users. With the rapid penetration of social media channels, half of social media website users have shared news stories, images or videos and nearly as many as 46% have discussed a news issue or event. This is a trend that PR and corporate communications professionals cannot ignore.

According to a PR Newswire’s survey on Asia-Pacific journalists in 2016, social media and search engines are two of the most popular channels that journalists use to stay up-to-date with the news. For brands, social media outreach should also include engaging with media professionals to build good relationships. Positive interactions can help boost brand influence and credibility.

While 37.4% of Chinese journalists prefer to use IM tools like QQ and WeChat to communicate with PR-Pros, emailing is the most commonly used way of communication for journalists in the Asia-Pacific region (59%), followed by meetings (11%) and social media platforms (10%).

TREIBSTOFF: What do you think, will the importance of social media in China grow or will it stagnate?

LIU: I think social media will always be one of the major communication channels for enterprises, but the key is how to properly use social media to interact with the right audience. According to a survey on over 230 Chinese enterprises conducted by PR Newswire in June, 2017, 67.9% of Pr-Pros consider that the owned media including the companies official websites and official Weibo and WeChat accounts are the most important communication channels this year. 55.2% of PR Pros consider that content marketing on social media is significant. In addition, concerning news release distribution, 29.1% of PR Pros consider that the interactions of their story, especially on social media, including reposts, comments and likes, are major indexes for the effect of news releases.

TREIBSTOFF: Are Fake News also a topic in China? How do the media deal with this phenomenon?

LIU: Fake news is also a major concern in China. According to a survey conducted by the Media Research Institute of Chinese Academy of Social Sciences, 59% of fake news come from social media like Weibo. Sina Weibo has enforced its position against fake news and false information. When journalists are writing a news report or are confirming a news source, approximately 90 percent (87.1%) of them view press releases as an authoritative source to obtain and verify facts.  This is followed by companies‘ senior executives and news spokesmen (51.7%), information released by official enterprises based on social media (41.6%) and companies‘ official websites (39.7%).

In stark contrast, the average credibility of information spreading on social media is lower than 5%. Web portals in China like Sina.com require that editors cannot use anonymous information sources and most newspapers have an editor-in-chief review mechanism, so the possibility of fake news is weakened on traditional media. According to an iResearch.com survey, over 95% of users are more attentive to news sources, including media brands and information sources.

The original blog first appeared on newsaktuell.de and republished by PR Newswire