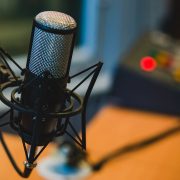 Still new to the South African market, podcasting has yet to reach its full potential. But moves are being made to increase its presence.

According to Statista, almost a quarter of the US population listened to a podcast in the past month in 2017, an increase from less than 10% in 2008. While this market is surging, its South African counterpart is still in its infancy, but is starting to take off. Elna Schutz, content producer at the Wits Radio Academy, explains. “Podcasting in South Africa is much bigger than most people realise … It’s not huge, but more and more people are getting into it and some have been doing this for many years. There is a growing interest but the majority are hobbies, side gigs or part of brands,” she says.

The power of podcasts

Like online radio, Schutz touts the intimacy of a podcast as its most powerful element. “While radio and other media has wide appeal, podcasts have a personal appeal,” she explains. “The exclusion of many people means the podcaster can talk to their audience very particularly… Directional intimacy and a community that wants to be there are the benefits.” The niche topics covered make the listener feel more involved and they are invested in the podcast because they are interested in the topic.

Podcaster Erich Viedge agrees with niche content being a major strength of podcasts. “Brad Brown makes this point very well; he says, ‘you might only have 200 or 300 listeners, but those people are hyper hyper invested and engaged in your podcast’ and if you can get the right audience you have a very powerful medium indeed.” He adds that people can listen to them while also doing something else or can download them and listen at a later stage, giving listeners choice of when they choose to consume the media.

A distinction has to be made between audio archiving and podcasting. The former is where existing audio content, like a radio show, is packaged so listeners can revisit it or those who missed it have the chance to listen. Podcasting is original content which is packaged, and contains many different formats and styles.

Is podcasting in SA profitable?

The biggest challenge to this space in the country, believes Schutz, is the time and effort required versus its profitability potential. “It’s currently not particularly profitable for many people,” she reveals. “I’m hopeful that in the future we will figure out business models that work for people … A lot of people are looking to the US and expecting it to work the same here”.

At present, it seems podcasting is merely a supplementary tool for those participating in it, rather than the primary offering. Brands utilise podcasts as part of their marketing strategy, while some individuals are using their podcasts to get attention for their products or services.

Are data costs still a problem?

High data costs are also bandied about as a major challenge to South African podcasting, but Schutz doesn’t buy this. “Many people can find wi-fi somewhere and download the podcast for later. People incorporating podcasts into their lives and realising the value they offer should be a priority and promoting local podcasts, as listenership for international podcasts is growing, but locally not so much.”

It could be argued that not enough support and guidance has been given to the South African podcast industry. Schutz says, “A legacy of training and financial support and ways of doing things in other countries hasn’t been transferred to the SA podcast industry”. Schutz adds that a lot of local podcasts are not being crafted professionally, since it is merely a part time activity for the podcaster, and they are merely putting out content without having learnt the basics of this art form. Viedge agrees with Schutz, stressing that the lack of quality content in South Africa is a hurdle and disappointing. “Good podcasts will chase away bad podcasts, but the fear of course is that bad podcasts will just tank the whole industry,” she says.

Viedge sees educating the public as a vital priority. “If I say listen to a podcast and you’re not a podcast listener, trying to explain to you how to get one if you don’t have an iPhone is just a farce”. Platforms such as Google and Apple (which changed the game by placing podcasts in its store in 2006) want to increase the accessibility by placing podcast platforms in cars, which Viedge says will be another game changer.

How brands should be podcasting

Brands, marketers and media people should think about getting into this space, says Viedge, explaining the best way to do this. “Like Dorothy Black did recently for Cosmopolitan, make a series of five or six or 12 episodes and make a package of it. Don’t start a weekly series with an open end, make a campaign that includes the podcasts, social media and YouTube … If you do six or 12 episodes, it’s a long enough test to understand the power of it and if it’s going to work and it’s short enough to limit your exposure, time and budget.”

Podcasters usually have a preferred distribution platform that they favour, which differs from person to person. SoundCloud is a popular choice, not only in South Africa but also globally, as well as iono.fm. They also favour embedding the podcast in their website or blog as well as on social media sites like Twitter and Facebook. Podcast apps and iTunes are other platforms that podcasters should look to as people are actively seeking podcasts on these outlets.

A meeting of the minds

Schutz is the organiser of Podmeet, a gathering of podcasters/potential podcasters at Wits University. The second edition recently took place, with 15 to 20 people in attendance.

Explaining the reason behind the creation of these meetings Schutz says, “The conversation around podcasting keeps coming up in the radio industry and I personally am very interested in going into that space more. It’s a labour of love from me wanting for this to be an industry in this country and wanting people to be supportive and realise that this type of support is not happening a lot.

“People kept coming up to me saying ‘I do a podcast, but I’m the only one I know doing it’. The idea was to bring podcasters together and connect them so they could learn from each other’s problems and needs. An example of this happened at the gathering, where one podcaster stressed he had so many content ideas, but no studio to implement them, and another podcaster saying they have a studio but no connect ideas.

Media landscape in China: social media as the most important source of collecting...