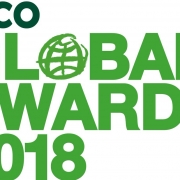 The annual ICCO Global Awards saw winners take away awards in 19 categories at an event which celebrated the best of global communications.

The black-tie event brought together leading communications experts from across the globe at the Landmark Hotel in London on the evening of 5th December, and was hosted by TV presenter Juliet Mann.

Big winners on the night included Mischief, which won the Media Relations award for work with Lego; and the Technology award for the Waistcoat’s Coming Home campaign with Huawei. FleishmanHillard took home Network of the Year for the Americas; and the PR Leader of the Year Award was handed to Jim Donaldson and Ali Gee, who jointly lead FleishmanHillard Fishburn in London.

This year’s Rising Star of the Year was handed to Saikat Pyne, of Paytm in India.

Francis Ingham, Chief Executive, ICCO, said: “Once again, the ICCO Global Awards represents the leading global PR and communications work. The quality and standard of every entry into the awards this year has truly exceeded expectations. Huge congratulations to all those who are taking home an award tonight, I look forward to seeing all of you again next year.”

Barri Rafferty, partner, president and CEO of Ketchum, and Andrey Barannikov CEO of SPN Communications became the 35th and 36th inductees into the ICCO Hall of Fame, an accolade that celebrates exceptional contribution to the PR Industry.

The ICCO Hall of Fame (HoF) was established in 2003 at the ICCO Global Summit held in Berlin. The ICCO community felt there was a need to recognise and honour people who have made exceptional progress in the internationalisation of the public relations industry, who have combined cultural sensitivity with commercial acumen and have enhanced the discipline and expanded the scope of public relations activity globally.

On accepting the award, Andrey Barannikov said ““I am very happy to adjoin such a fantastic group of communicators such as Harold Burson and Daniel Edelman. It’s a great achievement for the whole Russian industry, which developed very quickly in the last 25 years and it’s a great honour to be the first Russian inducted into the Hall of Fame. Thank you to everybody who nominated me and great thanks to the team of SPN Communications – without their support I would not be able to achieve this accolade.”

Barri Rafferty said “I am honored to be inducted into the ICCO Hall of Fame. This recognition encompasses the work of those at Ketchum who have a restless quest for new approaches; who are smart, bold thinkers who challenge the status quo, and who inspire our clients and one another every day. My thanks to them and to ICCO for this recognition,”

Not for Profit
RICE Communications
Speaking up for the voiceless: Voices for Momos with WWF – Myanmar