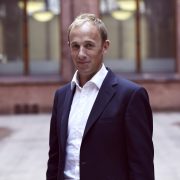 President Trump and Nigel Farage do not seem like the type of politicians to love an algorithm. Both are instinctive campaigners seemingly more attuned to Big Emotion than Big Data. Yet the role of data in helping secure victory for the Leave campaign in the EU Referendum and making Donald Trump the most powerful man on the planet has come into question.

And a mythology has emerged in which a little known firm, Cambridge Analytica, has become a key player in these surprise election outcomes. Cambridge Analytica’s methods rely on a combination of psychometric data – acquired from millions of personality tests – and data collated through voluntary surveys and social media. The company’s chief executive, Alexander Nix, is unashamed about the quantity of data it holds; in the US, close to 5000 data points on every individual.

In the case of the US Presidential election, this data was used to target advertising on social channels, strengthening the conviction of Trump voters in the election run-up, while also persuading Clinton supporters to stay at home.

The effectiveness of the campaigns supporting Trump and the Leave campaign have been scrutinised and rubbished by many. Among the many arguments made against Cambridge Analytica is that before they worked for Trump they worked for Ted Cruz, and that Trump annihilated Cruz at the polls.

Irrespective of Cambridge Analytica’s impact, what no one disputes is the importance of data science in changing behaviour and the sheer sophistication of micro-targeting in election campaigns. If we learn nothing else it is that simple demographic segmentation is outdated. The sheer notion that all Millennials, for example, can be grouped and marketed to as a single homogenous group is ridiculous.

In order to be more relevant, we need to think about segmenting audiences by interest or psychological traits, much as Cambridge Analytica have done. Why then is it still the case – eight years after Obama swept to victory with the support of Blue State Digital – that brand communication programmes are often built on nothing more than perceived wisdom?

The reality is that much of this perceived wisdom is wrong. Audiences probably don’t behave in the way we think they do (or they say they do). Their behaviours and the media mix are more complex than ever before and are changing more frequently.

This ability to segment audiences, test messages and predict behaviour heralds the possibility of an end to mass communications. At the least, it increasingly looks like a blunt and imprecise approach. In the consumer products sector, terabytes of consumer data are being used to sharpen production forecasting, identify the most and least profitable products and determine the most efficient routes for distribution operations. They are also being used for micro persuasion – the targeting of disparate groups, based on their beliefs. Business, like politics, is leading the way.

The communications industry often puts the Big Idea ahead of Big Data. The latter likely holds the seeds for a great many big ideas however – and tells you where to plant them.

Issues & Crisis Communications Capacity Building is not on your To-Do List...
Scroll to top