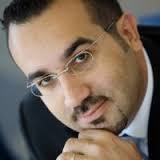 Very few would argue against the statement that 2016 has been quite an eventful year when it comes to news. Heck, some might even consider “eventful” as a gross understatement.

Around the first week of January, and in my annual ‘happy new year’ row-call to friends and family, I asked what some of my friends think 2017 is going to be like. Mind you, those “friends” that I approached advise presidents and heads of states for a living; so their words carry some merit.  Every one of them agreed that 2017 would be about one word: Anticipation.

As a communications professional and adviser, anticipation does not fit well in my neighborhood. We, PR practitioners, prefer facts; and we like them hard and rock-solid. It is either a YES or a NO. Anticipation, on the other hands, is like squeezing a ‘maybe’ in between. In the PR world, there are many examples to why answering with a maybe is not one should be provided to media or stakeholders. Maybe means I am not sure. ‘Maybe’ means I do not have the facts. And not having all the facts automatically puts any communications professionals who is worth his money, in auto-crisis mode.

So, why is 2017 all about anticipating answers?

First, global geopolitics. The 2016 US elections is a no-brainer (no pun intended). One of the most colorful elections that affected individuals, communities, business and even countries around the world. The current US president, unlike his predecessors, does not shy away from naming individuals and/or organizations on his twitter. His tweets against a few named carmakers, for example, got stock prices plummeting and CEOs rethinking their go-to-market plans. In 2017, and along with his Twitter account, the world will be in anticipation for the new US president’s 100 day plan.

In 2016, the world also witnessed the first European country voting for a breakup from the EU. Not just any European country, but a nation that is one of the big five, a member of the G 20 and occupies one of the five permanent seats in Security Council.

The immediate effects of Brexit were felt across London, the UK and the the world’s financial markets. Many businesses that operate in London still have to deal with the ripples and the aftershocks to playout 2017 on the GBP and the future plans of London-based multinationals.

Brexit clearly shows that wherever politics goes, economy usually follows. And in the Middle East, our never-ending geopolitically troubled region, economic challenges are amplified even further. For example, one may argue that the region has seen the worst of oil prices shock in 2015. Many advisors believe that 2017 will be the year a number of companies will take solid steps to offset the changes in government spending, consumer spending and new policies set in place in 2016. Already a number of companies came public with restructuring, mergers and acquisition plans.

To answer all the questions of who, where, what and why, communication practitioners need not only have the facts, but the story behind them. This takes us to the third reason why 2017 is about anticipating answers.

Today’s information consumers do not want to read press statements with charts and tables. They want to see people giving them the answers. Whether on their mobile phones or tablets via Twitter, Facebook or Instagram, today’s information and news seekers have changed the way the game is played. They want the information, the full and complete picture, they want it in a way they can share with their networks of friends and family to understand, and they want it now.

A few years ago, being ready to receive any question, from anyone, at any point of time, and with the expectation that you will provide an answer that holds facts that is easy to understand, narrate and aggregate – that is what fundamentally is being in crisis communication mode.

*Samer Costantini is a moderator in the “Let’s Talk” Crisis Communications Forum taking place in Dubai this March. He is communication adviser with two decades of experience in corporate communications and public affairs. He served various governmental, international and multinational organizations on global assignments. He can be reached on Twitter at @scdxb

The death of the big idea