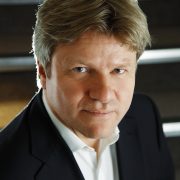 PR. Public Relations. Influencing the public, via editorial media. Lunches with journalists. Press conferences. Press offices. That was then. Today, rather like advertising people, communications professionals are almost embarrassed about the label ‘PR.’ But these days, one hears ‘I work in PR” almost as rarely as ‘I work in advertising.’

We live in a time of existential crisis: we don’t know who we are, or what we do. A few years ago, we thought we had the answer. Some bright spark coined the terms “paid media” and “earned media.” Aha! PR doesn’t pay for media, so we do “earned media.” And since the big new thing was social media, which was essentially earned media, the future looked rosy.

Meanwhile, paid media started to reverse into earned media, as advertising agencies realized they had to create communications that people chose to watch, and share, and talk about. And in new markets like China – soon to be the world’s biggest economy – the distinction never existed anyway.

We need to learn a new lesson. And we need to work in a new way. The lesson is: PR and advertising are dead. But communications is not dead. It just needs redefining.

Agencies today are either reputation managers (long term) or creators of visibility (short term). Both are fusions of what-used-to-be-PR and what-used-to-be-advertising. Customer insight. Storytelling. Engagement. User experience. Video content. Brand ambassadors. The tools are the same. Where’s the difference?

Actually the big difference is data. What do individual consumers actually read, view, share and do. When, where, why and how.

The advertising industry has bought into this. Even a small media buying agency in the US spends half a million dollars a year on subscriptions to data provider services. But PR and data still live miles apart.

The PR industry, all too often relies on gut feel and experience: darling, you need to be in Elle, not Cosmopolitan; the Mail Online, not Facebook. This is last century stuff. And yet.. how many examples have you seen, of a PR agency actively partnering with a digital media buying agency?  With this one little fix, PR could end up top of the heap.

PR professionals are used to orchestrating multiple stakeholders with differing objectives, needs and skills. They just need to engage better, with professionals from other communications disciplines. A leading PR firm needs a broader competence than media relations, or content development, or event management: and that means looking outside the box. Some niche firms are also showing the way.

Montieth & Co in New York, knits together media communications with litigation expertise: 35% of their staff are trained lawyers. Jericho Chambers in London, leveraging its founder’s communications skills to create and manage diverse stakeholder and advocacy communities, to defuse tension between proponents of differing policies.

The traditional multinational holdings could to this, but mostly don’t, due to their finance-driven models, silo structures, earnout deals and separate P&L’s.

Independents have the biggest challenge, because developing diverse capabilities, expertise and contacts takes time and money. But they also have the greatest potential: only if you can choose your partners freely, do you have the power to choose the best.

Julian Boulding is President of thenetworkone, the world’s biggest independent agencies organization. thenetworkone hosts the annual ‘Indie Summit’ (indiesummit.net), a unique forum for leaders of independent communications agencies of all disciplines. The next Indie Summit will be in London on 14th and 15th June 2017. @thenetworkone

Applying the science of human behaviour to the art of communications