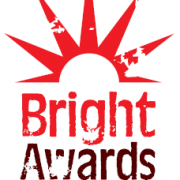 The winners in the sixth edition of the prestigious contest Bright Awards 2015.

On April 29, 2015, Bulgarian Association of PR Agencies (BAPRA) announced the winners in BAPRA Bright Awards 2015 – the sixth edition of the annual PR contest, at an elegant ceremony. 21 key achievements in the PR industry  received the prestigious award Bright Awards. The event was held in the business and congress center Rainbow Plaza. This year the competition took a record number of projects – 97, submitted by 19 communication agencies and 4 Internal PR Departments. BAPRA announces a 13% increase in the number of the applications comparing to last year.

Guests attending the ceremony enjoyed the significant performance of ethno-formation Бalkansky – music performed by the musical legend Teodosii Spasov, mixed with electronic sounds and beats by Ivan Shopov and interactive visuals from Ivo Christov. The charming combination of traditional Bulgarian music, electronic sound and visual contributed to the impressive atmosphere of the evening.

The winners on the first place received the prestigious trophy BAPRA Bright Awards 2015 by categories are:

Agency of the Year – United Partners;

Innovation Campaign of the Year – All Channels Communication Group – Soundtrack of the City;

Latest information about BAPRA Bright Awards 2015 you can find in social media via hashtag #BrightAwards2015 or to send your inquire at: office@bapra.bg.

BAPRA Bright Awards BAPRA Bright Awards was established in 2010 and was quickly recognized as the only forum where Bulgarian PR professionals are enabling to compare their achievements with the best PR practices worldwide. Each year the fully international judging committee evaluates the most successful PR campaigns in Bulgaria. All its members are worldwide recognized and outstanding PR and communication experts. Every jury member evaluates the submitted entries in particular category absolutely confidentially and independently apart. Last year the contest drew more than 80 entries.

Bulgarian Association of PR Agencies (BAPRA) is established in 2001 as an independent non-profit organization   to support and strength PR as an activity, working in favor of the modern society development. BAPRA aspires to improve partnership between PR business and the state, even more to build relations with local authorities in Bulgaria, academic circles, business,  civil  organizations and media. BAPRA aims to promote quality and ethical standards guaranteed through self regulation, regarding to transparent, respectable and socially responsible PR business in Bulgaria. BAPRA is the voice of the Bulgarian PR business.