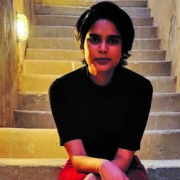 Sweta Fernandes is one half of Team UAE’s ICCO Next-Gen PR World Cup finalists. The finals of the global event kicked off on October 13th and comes to a close today, October 18th. Leading up to the official end of the tournament, when a winner will be selected, we have been highlighting the talented group of young professionals who’ve made it into the finals after winning local and regional rounds of the contest over the past month. 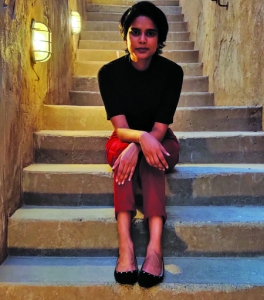 Below, join us as we get to know Sweta Fernandes in a brief round of Q&A.

Sweta: I think my favorite PR campaign is a fictional one. Mad Men is one of my all-time favorite shows and I watched it as a young advertising student and learnt more about advertising from watching the show than in my classes. In one of the episodes aptly titled, “Public Relations” Peggy Olson comes up with an idea to regain the Sugarberry Ham account. She hires two actresses to fight over ham in a grocery store. The plan goes awry when the fight turns real and one of the women pressed charges against the other for assault, and Peggy has to ask Don for bail and hush money. Don disapproves of the stunt (which was carried out behind his back), but Peggy points out that they did retain the account. Of course, public relations is so much bigger than just a stunt but it always stuck with me when I think “PR Campaign”

Sweta: Being creative to me means thinking like the quirky side characters who are cooler than the protagonists. Think Cosmo Kramer from Seinfeld, think Phoebe from Friends and of course Luna Lovegood from Harry Potter

Over the last 5 days, Sweta and her teammate Hazem Beshr  have worked to create and film a video pitch of an original campaign for a brief set by think tank, the International SOS Foundation. As of today, an international team of judges will score each pitch. Winners will be announced on October 21st.

Results of the 2021, inaugural PR World Cup Finals will be announced on October 21st, 2021 on all ICCO platforms.