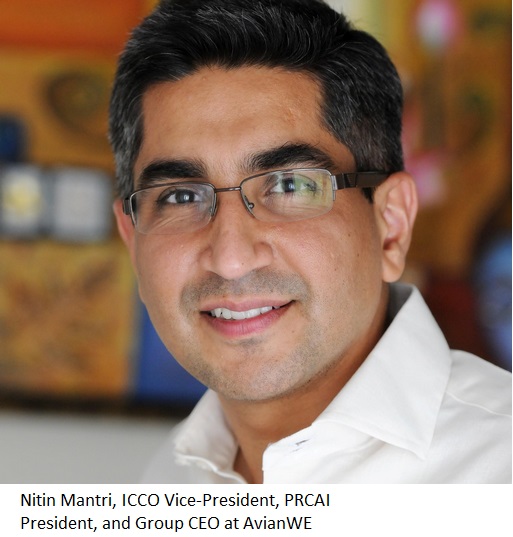 Artificial intelligence (AI) may transform the way we work, but at its core PR is about relationships and storytelling, and that human element isn’t changing any time soon. This was the message from Nitin Mantri, ICCO Vice-President, PRCAI President, and Group CEO at AvianWE, at the ICCO and APRSR Seminar last week.

APRSR, the Slovak PR association, hosted a forward-thinking seminar in Bratislava on April 19 with attendance from agencies across central Europe and around the world, ahead of the ICCO board meeting the following day.

“Hands-on knowledge of technology can’t be siloed to the digital department. Everyone needs to be tech savvy because this knowledge will help ignore the hype around buzzwords and assess new tech offerings before investing in them” said Mantri before predicting “automation will not eliminate jobs. It’ll instead reduce the burden of mundane jobs leaving us with more time for relationship-building, creative campaigns and smart strategies.”

Mantri’s optimistic view is that AI is turning PR into a science, and this can empower communicators to speak to audiences in an emotional way.

This week, the European Commission released an AI strategy calling for at least €20 billion to be invested between now and the end of 2020 in AI research and development. As Mantri has described, the technological advancements will lead to socio-economic changes that must be well managed, therefore a series of measures will be introduced to ensure proper ethical and legal framework for AI in Europe that will support the activity of PR practitioners.

“The member states of the European Union have just signed a governmental agreement on cooperation on Artificial Intelligence in all economic areas. This is also a clear sign for the PR industry to quickly get more know-how and to develop an own AI strategy. Nitin’s input been an important for kicking on AI discussion and collaboration within the global ICCO community.”

Also speaking at the ASRPR seminar were Elise Mitchell, President of ICCO, Founder & Chairman, Mitchell Communications Group, CEO, Dentsu Aegis PR Network speaking about the importance of brands and their leaders to be activists; Jean Leopold Schuybroek, Chariman at Interel Group spoke about the shifting responsibilities of a PR agency in Europe; finally a panel from Czech Republic, Hungary, Poland and Slovakia discussed the changing political and media landscape across central Europe and PR opportunities are emerging as a result.