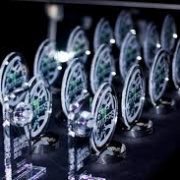 The International Communications Consultancy Organisation (ICCO) today announces the opening of the 2016 annual Global Awards programme. The awards are recognised by PR trade associations representing 48 countries worldwide, and the entries are judged by an elite panel of top international PR practitioners.

The programme was developed last year to celebrate excellence and effectiveness in PR, with winning entries demonstrating the highest levels of effectiveness, results, strategy, research, execution, originality and evaluation.

The awards are open to any individual, consultancy or network seeking international recognition for their work. The categories include:

David Gallagher, President, Growth and Development, International at Omnicom Public Relations Group said: “Among the many PR competitions, the Global ICCO Awards is by far the most representative and international of our thriving, competitive industry.  To stand up on the ICCO stage in London is stand among the best in the world.”

Francis Ingham, Chief Executive of ICCO said: “The ICCO Global Awards are unique in the PR and communications industry. Not only are they truly international, reaching into 48 countries around the world, they also reward one thing alone – results. It doesn’t matter how creative and original your campaign was if it didn’t work. In a results-driven business environment, that’s what clients expect, and that’s what the ICCO Global Awards recognise.”

Entries open today, and will close on 20 October 2016. The awards will be presented at the ICCO Gala Dinner taking place at the St Pancras Renaissance Hotel in London on 1 December 2016. The 2016 inductees to the ICCO Hall of Fame will also be announced on the night.

72Point and OnePoll announce partnership with ICCO
Scroll to top