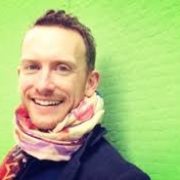 The array of speakers from an impressively diverse range of industries at the Cannes Lions Festival of Creativity was as glittering as the city itself. This year the event played host to Nobel Peace Prize Laureate and President of Colombia Juan Manuel Santos, human rights activist Rev. Jesse Jackson while Oscar winners like Dame Helen Mirren, rap star A$AP Rocky and photographer Mario Testino provided a hit of glamour. It was these starry names, plus many others, that got me going. What could I learn from them and what takeaways could I bring back to my agency and clients?

To make the most of a packed line-up, long before arriving at the Côte d’Azur, I planned how I could see as many of these luminaries as possible. In Cannes, I hit the Croisette running and squeezed in as many sessions as I could. But by the end of day two the excitement had been squeezed out of me. Much of what I heard from the ‘headline acts’ seemed lacklustre – almost formulaic.

It wasn’t until the third day, as I started my ‘official’ duties as a member of the jury of the Young Lions PR competition, that I realised that some of the most valuable lessons come not from the main stages, but from the lower level of the Palais in the Young Lions zone.

The Young Lions PR competition is one of seven Young Lions competitions that combined see roughly 450 people from 69 countries take 24 hours to crack one of many charity briefs. The Young PR Lions are supported by The International Communications Consultancy Organisation and this year the competition saw teams of two, from 24 countries, pitch to the jury for the chance to win awards, bragging rights and industry recognition. The quality of all presentations, without exception, was outstanding.

So what did I learn? It turns out, plenty:

This is what every team was given and this is all that was needed. If startups can convince investors to part with billions of dollars in less time, and 10 years ago the late, great Steve Jobs could get across the concept of the iphone in a handful of slides why do we feel that we need more? If you require longer than five minutes to pitch your campaign then the odds are that it’s probably not up to much.

The campaigns that were most effective were those that really understood people and how they think and act. Sir John Hegarty, speaking on the Innovation stage on the Tuesday, said he hated the word ‘consumer’ because that’s not really who we are. I hate the term ‘target audience’ as I think it stops us seeing people as human beings and addressing our innate needs and wants. Is it a coincidence that the members of the Bronze winning team from Costa Rica were both psychologists by training?

Some campaigns were truly creative and some had great executional ideas but it was the pitches which had a coherent and genuine insight at their core which were the strongest. The insight doesn’t have to be complicated but has to be real.

We often spend too long explaining what we’re going to do and not enough time explaining what results we hope to achieve. When pitching, take time to explain two things: why it will succeed and what success looks like. Your client won’t hold you to these results at the pitch stage but at least they go away with a clear understanding of what they’re likely to get.

The power of one

The top teams usually had one idea and believed in it whole-heartedly. One solid idea, presented with passion and conviction, is much more compelling than presenting a scattergun of disconnected ideas.

In many instances creativity comes with risk. Be bold, be daring, be controversial but be sure to think through any potential issues or downsides. Would your idea humiliate or embarrass anybody unwittingly? Have a backup plan or a way to address or pre-empt any problems that might occur.

Some of the weaker campaigns talked of generating ‘mass media exposure’ or targeting ‘the general public’. These days, there should be no such thing as creating public relationships. There should only be campaigns aimed at developing personalrelationships.

It’s been said a thousand times that they’re worth a thousand words so use images effectively. Complicated infographics or charts are just as infuriating as too many words on a page. The most memorable campaigns tended to be the most visual.

I don’t differentiate between online and offline media but I do know that they’re not the only people in the world. The campaigns that were really thorough considered a whole range of stakeholders from governments, NGOs, industry bodies and more.

PR is different from many forms of marketing as it is often about the long-term. You can’t hope to do everything in one go. A phased approach can be smart and, say, in reference to charities, lends credence to the fact that raising attention to and supporting a cause shouldn’t be a one-off.

People in our field spend too long obsessing over the future of the industry, trying to jump on the next great thing. Recently, there’s also been too much time spent looking for inspiration from outside our profession.

If you are searching for pointers on how best to answer a brief creatively and effectively, I advise you to observe our own outstanding young professionals and spend less time rushing around to hear from ‘celebrities’ (guilty as charged). If we put in to practice what some of them are already accomplishing then our future looks very bright indeed.