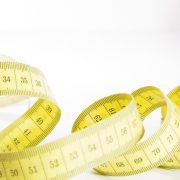 PRCA director general Francis Ingham has labelled AVEs “an entrenched vanity project” that are “not fit to be called measurement”, although new research suggests more than a third of UK PR agencies currently use them.

Ingham’s sentiment is shared by many of the 132 agency-side and in-house PR professionals who responded to a new survey by PRWeek and the PRCA.

AVEs – or advertising value equivalents – are a metric used by some in the PR industry to measure the benefit of media coverage or a campaign for a client.

One PR pro called for AVEs to be outlawed. Another said: “AVEs are a fake comfort blanket, like the Emperor’s new clothes.”

Despite this, the survey, conducted between 31 January and 10 February, found more than 35 per cent of UK PR agencies and just over 23 per cent of in-house teams still use them.

When asked how often AVEs were used for print media relations work within their agency, 45 per cent said it was for a minority, while almost one third said they never use them. Only two per cent said they always used it.

Like their agency counterparts, 47 per cent of in-house teams said they would never use AVEs for print media relations work.

However, of those agencies that do use AVEs, roughly half said it was because clients expected it. No respondent said it was expected by senior management within their agency and nobody said it was their preferred method of evaluation.

“We all know that we shouldn’t use AVEs but let’s be honest, clients want it – especially the smaller ones that want to know exactly how much value they are getting back in terms of their investment,” said one agency-side PR.

The study reveals that no agency expects to use AVEs more this year than it did it 2016, while almost 60 per cent said AVEs would be used less.

“Thankfully, there is strong progress being made by enlightened teams who realise just how meaningless AVEs are,” Ingham said.

“We need to carry this momentum forward and arm those working in-house and at consultancies with everything possible to fight against a broken system that some still insist upon using,” he added.

According to the study, PRs are far more inclined to use the Barcelona Principles, which now comprise an interactive system based around KPIs and outcomes, rather than just outputs as with AVEs, the PRCA said.

“The AMEC Barcelona Principles 2.0 rightly measure outcomes relating to your KPIs to prove the real value of our work. For this industry to be respected, we have to work on real achievements rather than just outputs forced through some spurious and outdated metric,” Ingham said.

In a similar study conducted in 2014, the PRCA found almost 77 per cent of agencies considered AVEs to be an inappropriate way to evaluate work, while 69 per cent said they did not use the metric at all.

One respondent from this year’s survey said: “AVEs are an outdated concept, they are unregulated and it is only the very old school PRs/clients who actually believe this is a legitimate evaluation method.”

http://www.prweek.com/article/1424257/third-uk-pr-firms-use-meaningless-aves-measurement
• Are AVEs an outdated anachronism in 2017 or still a useful tool? Let us know your thoughts, for possible publication, by emailing robert.smith@haymarket.com or tweeting @prweekuknews