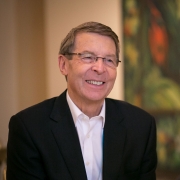 The Public Relations and Communications Association (PRCA) has appointed Barry Leggetter FPRCA as its first International President, as part of its plans to build on its position as the world’s largest PR professional body, and to move into new regions of the world.

Leggetter has spent more than 25 years in international public relations consultancy during which he was UK CEO for three global firms (Porter Novelli, FleishmanHillard, and GolinHarris), and was also International Chairman of Bite.  He also held the role of CEO of AMEC, which he left after 11 years in December 2018. Leggetter was the winner of the 2018 PRCA Mark Mellor Award for Outstanding Contribution to the PR industry, and the AMEC Don Bartholomew Award for Outstanding Contribution to the Communications Measurement and Evaluation industry. He is a Fellow of the PRCA and the CIPR.

Leggetter will begin his role at the PRCA on 25th February, 2019. In the new role, he will focus on international membership development, and will work with Francis Ingham MPRCA, Director General, PRCA, to grow existing PRCA regional offices in South East Asia and Middle East & North Africa; and to create new associations in other regions of the world. Leggetter will also focus on improving the commercial value of PRCA’s work, including its responsibility for delivering the ICCO Global Summit and the ICCO Global Awards.

Francis Ingham MPRCA, Director General, PRCA, and Chief Executive, ICCO, said: “Barry Leggetter will be a fundamental part of the PRCA’s drive to build on our status as the world’s largest PR association, and to expand our offering to other parts of the world. He will transform us from an international organisation to a truly global one.

“Barry is a proven leader with a global perspective for driving engagement and real change and I am personally delighted he has joined us – the clearest possible sign of our intent to continue to grow globally.”

Barry Leggetter FPRCA, International President, PRCA, said: “I’m very excited to be a part of this new challenge to help grow the PRCA and ICCO’s already impressive global reach. The PR and communications industry is increasingly international in its outlook, so it’s only right that the PRCA should be working hard to position the UK at its heart. I am delighted to be joining Francis and the team.”

What we do: The Association exists to raise standards in PR and communications, providing members with industry data, facilitating the sharing of communications best practice and creating networking opportunities.

How we do it and make a difference: All PRCA members are bound by a professional charter and codes of conduct, and benefit from exceptional training. The Association also works for the greater benefit of the industry, sharing best practice and lobbying on the industry’s behalf e.g. fighting the NLA’s digital licence.