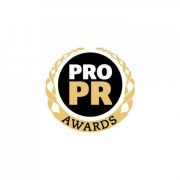 ICCO President Maxim Behar and Chief Executive Francis Ingham, who is also Director General of PRCA, are among those awarded the Pro PR Award for 2017, organisers announced yesterday in Zagreb.

Pro PR is an international conference held in Croatia for the past 15 years, and since 2002 an international committee has voted for people who have contributed to the promotion of public relations, and have increased standards in business all over the world.

“We do recognize this way the significant role of ICCO in setting new and modern standards of public relations business globally, but also its role to unite so many different countries, cultures and business visions into one world organisation”,  Danijel Koletic, President of the Organising Board of Pro PR said.

Maxim Behar, ICCO President said: “This is a great recognition for all ICCO members, for our teams and what has been done for the past couple of years in the organisation. We are also very happy with our good cooperation with the Croatian Association for Public Relations and look forward to expanding activities in the region.”

Francis Ingham, ICCO Chief Executive said: “I am deeply honoured to have been chosen for such a prestigious award. Our global PR and communications industry is the epitome of vibrancy, and if I have played some small part in adding to its lustre, then I am proud to have done so.”

A list of other award winners can be viewed here.

PRCA announces 17 for ‘17: 17 recommendations for great communications in...
Scroll to top