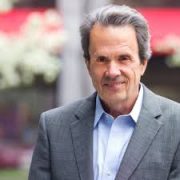 Fred Cook, Chairman of Golin, Director of the USC Center for Public Relations

In addition to being the Chairman of Golin, I teach Public Relations in the Annenberg School at the University of Southern California. Every week, I ask my students to find news about the communications industry, post it on our Facebook Page, provide their own analysis and then present their perspective in class. This week, along with stories about Taylor Swift and Mark Zuckerberg, one student posted a YouTube video of Lord Bell on BBC “explaining” why he wasn’t responsible for the trouble his agency has gotten into in South Africa.

I’ve been aware of the Bell Pottinger scandal for a while, but I never imagined my students would be interested in a complicated political issue involving a UK PR firm they’ve never heard of. I was wrong. Not only are they interested, they are also highly opinionated, describing the agency’s behavior as “disgusting” and their response as “hypocritical.” They also think Lord Bell needs serious media training and should learn to turn off his mobile phone during a live television interview. (It rang twice.)

In early 2017, the USC Center for Public Relations conducted its Global Communications survey. For the first time, we included students to better understand their perspective on the industry they plan to enter. The results were encouraging. Overall, 68% reported they’re proud to say they work in public relations.

But when asked to evaluate various aspects of a career in PR, only 35% of students said the industry’s reputation met their expectations, ranking just above compensation and benefits at 27%. In the same survey, senior communications executives overwhelming cited “finding the right talent” as the number one challenge in reaching their future goals.

It doesn’t take a PhD to understand that improving the reputation of our industry is the first step in attracting the promising young minds we need to realize the potential of one of the world’s most dynamic professions.

That’s what bothers me the most about Bell Pottinger. I’m not interested in debating the flexible ethics they employed in their decision making. They will get what they deserve. I’m just pissed that firms like theirs make the entire profession look bad, especially in the eyes of those entering the field.

Millennials don’t want to work for companies like Bell Pottinger. They don’t want to be involved with clients who exploit the divisions between us. Our study showed that today’s students want just the opposite. More than 80% want to work in a profession with a well-defined social purpose. The PR industry is finally figuring that out.

I had the honor to work for 30 years with one of the patriarchs of public relations, Al Golin, who died a few months ago. Born and raised in Chicago, Al was no Lord, but he did believe in a few simple Midwestern values that we have always lived by. In our 60-year history, we never worked for a politician, a religion or a tobacco company. Today, our executive board votes on every controversial new business opportunity that comes our way, and we turn most of them down, regardless of the potential fees.

I applaud the PRCA for having the balls to expel Bell Pottinger. Their actions have enhanced the image of the PR industry as much as Bell Pottinger’s have damaged it. PRCA’s Director General Francis Ingham has a standing invitation to come to USC and speak to my students. They would be proud to have him.

The Shifting Role of the Employee Expert in Communications

Twinpine Networks: “Nigeria remains the most mobilized country in the...
Scroll to top