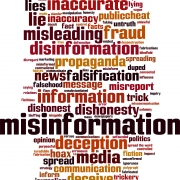 A breaking news story this weekend demonstrates how fake news travels thanks to human curiosity, algorithms, and search. Reporting the death of an individual should be an ethical red line, whatever the media.

The death of a senior member of the royal family trended on Twitter over the weekend.

Rather than rebutting the story, traditional media fuelled speculation by publishing the protocol for announcing the death of a member of the royal family.

The combination of these two mechanics shows how easy it is to spread misinformation, and the challenge that social media platforms and mainstream media face in tackling fake news.

Tracing the origin of a fake news story

The death of Prince Philip, the Queen’s husband, trended on Twitter for more than 12 hours on Friday and Saturday.

Prince Philip is 97 and has stepped down from public duties. He is recovering from an hip operation but the story is false. It could have been fact checked within 30 seconds by calling the Royal press office.

Mike Wendling from the BBC’s Trending team traced the origin of the story to a far right blog called Knights Templar International. It circulated via Facebook and on WhatsApp before breaking on Twitter.

Prince Philip trended in the UK, and was spotted by journalists. But instead of rebutting the story, mainstream media spotted the opportunity to gain search traffic.

Our typical reaction to spotting a trending topic is to check its authenticity via Google.

Several mainstream media outlets reported the protocol for announcing the death of a senior member of the Royal Family. The Manchester Evening News went further and posted a gallery of images of Prince Philip.

The stories in national and regional media appeared in the top of Google searches and fuelled speculation. The topic trended again on Sunday.

Newsrooms track trending topics on social networks nationally and in communities such as business and politics as a way of spotting breaking stories.

Tools such as Trendolizer and Newship enable the level of engagement around a story to be determined. They’re often used as a means of news discovery and prediction.

But fact and fiction spread at equal speed on the web. A study by MIT Sloan School of Management published in Science in March reported that fake news spread significantly further and faster than true news stories.

Facebook pulled trending topics from its platform in June to counter the issue but Twitter has made no such move.

Facebook and Twitter claim to be platforms and not publishers and adhere to their own community standards rather than recognised editorial standards.

I think that the use of Twitter as source for news means it needs to go further.

Fake news is a form of manipulation that is impacting every area of public discourse from politics to the reputation of individuals and organisations. However speculation about the death of an individual, whether of public significance or not, is an ethical red line and this needs to change.

In my day job at Ketchum we advise organisations to rebut fake news using a combination of integrated media depending on the source and situation. This can include paid (search), earned (blogs and traditional media), shared (communities and influencers) and owned (apps and web).

Buckingham Palace has stopped short of issuing a statement but has briefed media this afternoon about the health of Prince Philip.

Contact the website host or social media site and flag the misinformation and request its immediate take down.

Make a complaint to the Information Commissioner’s Office. Consider legal action for defamation, misuse of private information or breach of copyright or data protection.

Image via Unsplash by Luchenko Yana.

Originally written for wadds.co.uk. You can see the original article here.