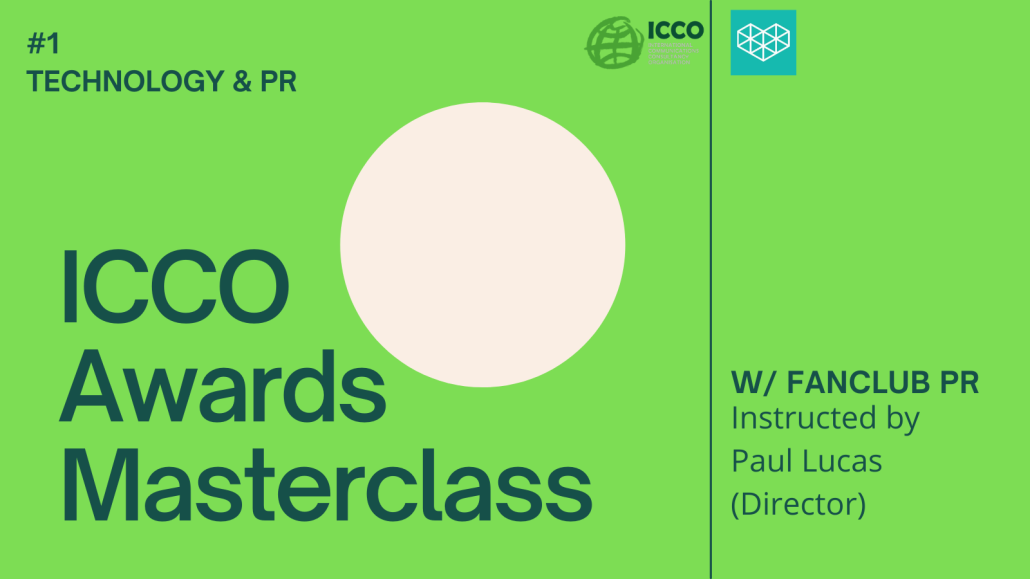 The ICCO Awards Masterclasses provide PR and comms professionals with insight into some of the most impactful public relations and communications campaigns from leading agencies around the world.

A total of 6 free Masterclasses are scheduled this year, running in March, April, May, June, July, September and November.

Each webinar will feature a detailed presentation on the full timeline of a specific campaign (from the moment a brief is set to how a campaign’s impact is measured following execution) and a live Q&A.

The first masterclass, scheduled for March 10, 2022, will be instructed by Fanclub PR Director, Paul Lucas and will dive into Lucas’ team’s award-winning campaign; Mount Recyclmore.

Mount Recyclmore won three ICCO Global Awards, including the Event, Launch or Stunt and Technology awards, as well as the Grand Prix for campaign of the year.

More on Mount Recyclmore
Fanclub PR: “As the G7 Summit dawned in Cornwall, a giant recreation of Mount Rushmore, dubbed Mount Recyclmore, was unleashed. Made from 12 tonnes of discarded consumer technology, the aim was to raise awareness of the growing problem of e-waste and put re-commerce expert, musicMagpie, at the heart of the conversation. Result: every major news outlet in 74 countries, 38% of all musicMagpie trade-ins during the campaign were first time users, £30k raised for Wasteaid to fund an ongoing international e-waste education programme and a permanent residency at the Eden Project.” 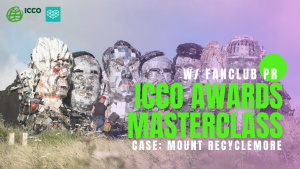