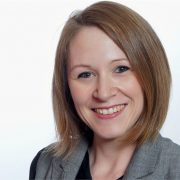 Article by Nicole Suter, Managing Director of Djembe Communications
On April 20, 2010, 11 people were killed when the BP-operated Deepwater Horizon drilling rig exploded and fell into the sea. Five million barrels of oil proceeded to leak in to the Gulf of Mexico and BP’s share price halved overnight.
Four weeks later the company’s CEO enjoyed a luxury sailing trip on his $470,000 yacht. Shortly afterwards he told the press, “I want my life back”. As he enjoyed his cruise, 11 BP employees were being laid to rest after losing their lives.

BP’s failure to reign in its own CEO is now the stuff of PR legend. This was the largest oil spill in the history of the petroleum industry and an environmental disaster. It didn’t have to become a corporate disaster. This global, FTSE 100 staffed by (presumably) the best oil and gas crisis experts in the world, fell apart just when it needed to come together.

Undoubtedly, BP will have since conducted an exhaustive internal enquiry in to what went wrong within its communications departments. Hopefully BP is now better prepared – the world’s most powerful firms need to be

For those of us working to build and protect the reputation of major organisations in the developing world, events such as these provide valuable lessons. As is often the case, we have an opportunity to leapfrog the west’s mistakes.

But how a business responds when things go wrong can mean the difference between a swift resolution and making the problem a whole lot worse.

Crisis preparedness strategies almost certainly exist within every major organisation. They can easily be bought ‘off-the-shelf’ from big PR firms. However, the development of crisis mitigation strategies in Africa should take place with a full understanding of local, national and regional challenges – and some will be unique. Organisations do not exist in a vacuum. In Africa, they may be operating in a country with widespread poverty, drought or vulnerable natural environments. Employees may come from rural communities with poor access to healthcare. Electricity or water may be scarce, threatening productivity and job security; there may be disparate or vague regulatory requirements, or historic issues of corruption or bribery.

Have a plan and gather intelligence

Of course, history is littered with corporate crises, and yet firms all too often fail to learn from each other’s mistakes. So how should they best prepare for the worst?

Every company should start with some proper contingency planning. Companies are often quite well prepared operationally for emergencies – if something blows up they know what to do – but they don’t know what to do when the blow-up is more metaphorical or legal because they don’t have robust communications plans in place. And even when they do, sometimes they haven’t actually tested those plans or run simulation exercises.

It is vital that a chief executive – not their communications team or more junior members of staff – takes ownership of a crisis and speaks to the press. The management should always start by expressing care for those affected, and then explain how they plan to solve the problem.

Anticipating client crises in Africa can be significantly more challenging than in some of the more benign regulatory or environmentally stable parts of the world. Every single crisis strategy should start with a vulnerability audit. This is often the most difficult part. Some companies in Africa operate in cultures where acknowledging flaws is seen as a weakness or a threat. These are often fear-based issues that can be tackled through close personal training and trusted partnerships with senior executives.

It is also equally important for the team to be in constant touch with the media and gather intelligence from them. Form an issues management team and gather all intelligence from traditional and social media.  Once assembled, the team should discern the facts and work through a ‘Who, What, Where, How, and When’ scenario to get to the root of the problem.

Once the problem is thoroughly analysed, it is then crucial to investigate the past for similar issues. Look for related occurrences, civil or criminal litigation, or any outstanding issues that have yet to be resolved but will most certainly be resurrected in the court of public opinion. Knowing what these issues are in advance will help mitigate further damage and will put the company in better standing in the long run.

International communications consultancies who have flown in non-African teams en-masse have an additional challenge because they may be wholly unfamiliar with the nuances of the local media, business and social environments. Such firms must take particular care when deciding who to represent in a country or region they are unfamiliar with. The global PR firm Bell Pottinger – famous for advising reputationally challenging organisations – experienced its own crisis in 2016 when it was accused of manipulating Wikipedia on behalf of its clients in South Africa. The controversy surrounded the PR company’s work for the owners of Oakbay Investments during a political controversy in South Africa. Headlines around the world accused the agency of supporting corrupt regimes.

Even before the controversy, Bell Pottinger’s decision to advise the client was called in to question. After Business Day reported that Bell Pottinger had taken on Oakbay Investments, Investec stopped using Bell Pottinger’s services in March 2016. Bell Pottinger’s woes continued throughout the year as successive clients walked away, including the South African billionaire Johann Rupert – he accused Bell Pottinger of running a social media campaign against him.

Months of bad headlines and speculation finally led to the company’s CEO, James Henderson, issuing an apology. A belated apology after extremely damaging headlines represents a failure to gather the facts, open clear lines of communications and most importantly, a failure to practice what you preach.

So before responding to a crisis, set clear guidelines on how and when to respond when a crisis occurs. Articulate within your communications team just how much information can and should be disclosed, depending on the situation. Transparency doesn’t require businesses to air all of their “dirty laundry” (or anything else the legal department opposes), but to focus instead on understanding how to address an issue quickly and share all relevant information.

Maintaining transparency during a crisis isn’t easy, but damage to your brand can be offset or minimised by adopting an open and accountable policy — which can actually improve public perception in the long run

For African companies and executives, the ideal advisor is one who knows the way things work locally but who also has global experience. Advisors should recognise the unique challenges, be they international perceptions of Africa, risk of corruption, marketplace volatility or hostile media. Executives must be fully trained, spokespeople identified and a clear chain of events should be laid out so that BP-style CEO gaffes are avoided. For organisations in the government, oil and gas or financial sectors, training is crucial.

PR consultancies in Africa would also benefit from training  African crisis experts who have an innate understanding of cultural attitudes and behavioural norms. For these high-risk clients, crisis consultancies must drill down in to the heart of the organisation, including the process of messaging development.

Often conducted at the beginning of a client relationship, the messaging process needs to include analysis and exploration of potential vulnerabilities. Health and safety conditions for employees, environmental impact assessments, financial transparency, anti-money-laundering policies – all of these issues must be addressed openly and fully during message development. Each threat needs to be countered with proof points, evidence, statements and a common understanding of what these messages mean. Messaging should be periodically reviewed for organisations in high-risk sectors.

Importantly, executives must understand the potential implications if messages or procedures are ignored or not understood. The very real prospect of personal and professional failure often focuses the mind. Once developed, crisis mitigation plans, procedures and messages have to then filter through to those operating internal communications. Awareness must be company-wide. And, whilst crisis flow charts, chains of command and policies may appear complicated to an incredibly busy CEO; careful, considered counsel will eventually bring them on board. So long of course, that being ‘on board’ doesn’t mean taking a luxury cruise when things fall apart!

While nothing is guaranteed, it is a guarantee that there will be more crises in the coming years. In today’s media world, a critical key to dealing with crises is getting a hold of it before the social media commentators and news creators make their story,  the story.

I think our key message is prep (including taking into consideration the very complex social, political and cultural environment) and local understanding. We should enforce that, and that we, as an African PR agency, put a lot of focus on these two things.