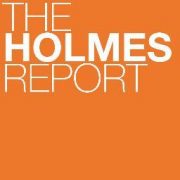 NEW DELHI—The Practice has appointed Arijit Sengupta as vice president, public advocacy, focusing on identifying policy engagement opportunities, developing issue based campaigns, and strengthening stakeholder network. Sengupta has worked closely with the governments and stakeholders in countries like Bangladesh, Africa, Singapore and India. His most recent stint was with the BBC, where he managed projects with the Gates Foundation. He began his career in advertising and has worked with Lintas, Enterprise Nexus and Mudra.

SYDNEY—Ogilvy Public Relations Australia has appointed Bridget Jung to the newly created position of executive creative director. Jung joins from Marcel Sydney where she was creative director. Prior to that she worked in Paris with both DigitasLBi as its chief creative officer and ECD at OgilvyOne.

SINGAPORE—Jonathan Parry has joined Spurwing Communications as an account director, bringing experience from the food and agriculture industry. Parry joins from Grow Asia, a multistakeholder partnership platform catalysed by the World Economic Forum, where he was country partnerships manager. He also worked on the corporate affairs team at Syngenta in APAC and ASEAN roles.

ICCO Summit: How PR Changes In A World Where News Happens Through Sharing

Changing the Industry, One Award at a time
Scroll to top